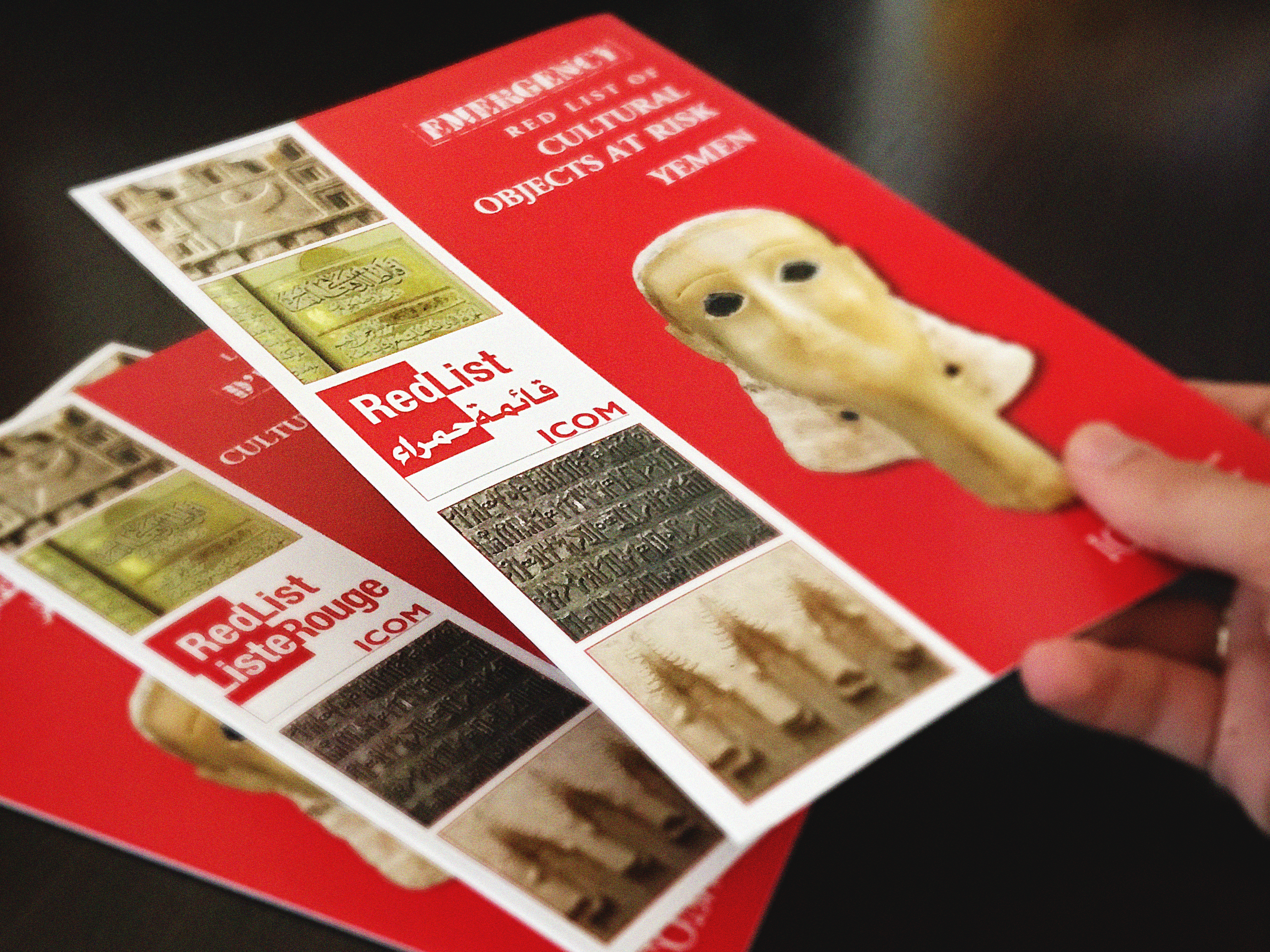 The ICOM Red Lists of Cultural Objects at Risk are practical tools to curb the illegal traffic of cultural objects.

Red Lists present the categories of cultural objects that can be subjected to theft and traffic. They help individuals, organisations and authorities, such as police or customs officials, identify objects at risk and prevent them from being illegally sold or exported.

It is important to highlight that a Red List is not a list of actual stolen objects. The cultural goods depicted on the lists are inventoried objects within the collections of recognised institutions. They serve to illustrate the categories of cultural goods most vulnerable to illicit traffic.

ICOM has been publishing Red Lists since the year 2000, with the scientific collaboration of national and international experts and the unwavering support of dedicated sponsors, to cover the most vulnerable areas of the world in terms of illicit trafficking of cultural objects.

The lists are published in different languages according to the context of each List. Among other success stories, these tools have contributed to the identification, recovery and restitution of thousands of cultural objects from Iraq, Afghanistan and Mali.

The Red Lists are freely available in digital format, while booklets are distributed primarily to law enforcement agencies. Everyone involved in the trade or protection of cultural objects is invited to consult and disseminate the Lists in order to maximise the use and impact of this internationally recognised tool.

As of today, the Red List series include the following booklets: