Reliefs, Mayan Stelae
Maya stelae, lintels, door jambs, wall panels and altars decorated with low reliefs are found in most of the Maya area (the Yucatan Peninsula, the state of Chiapas in Mexico, Guatemala, Belize and western Honduras), and particularly in the Petén tropical forest. This type of stelae was carved between 200 and 1300 AD in the Classic and Post-Classic periods. Limestone is the most commonly used material. Sizes vary according to the place they come from but they average 1.5 and 2.5 m in height. However, stelae found on the market may have been cut into smaller pieces. Stelae are big slabs of stone carved in one single piece. They are rectangular and one or more sides are decorated; sometimes they are sculpted in the round. They usually portray lavishly dressed male figures in standing position, accompanied by secondary figures such as prisoners, women, dwarves, children, animals and celestial beings. They can be cut off the original stela and sold as small individual low reliefs. Scenes usually contain hieroglyphic inscriptions that cover the rest of the stela. Inscriptions contain historical dates and the names and titles of depicted individuals. They give us information about the royal family, their marriages, victories, defeats and the history of the city for over a century. 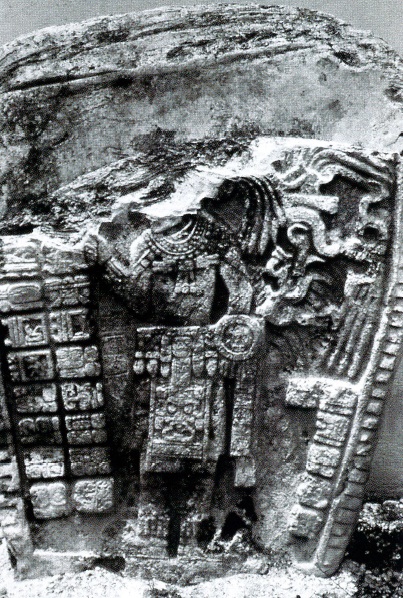 © Joya Hairs
We use cookies to ensure that we give you the best experience on our website. If you continue to use this site we will assume that you are happy with it.OkNoPrivacy policy