ICOM VoicesCollection Storage: A Window Into the Richness of Cultural Heritage. A Conversation with Gaël de Guichen 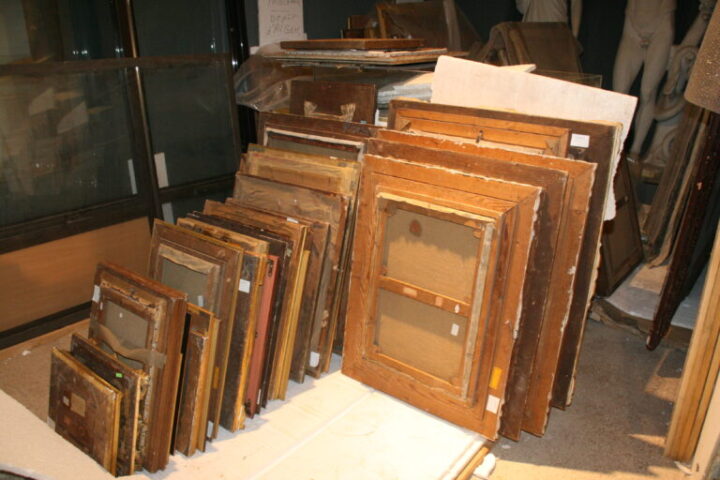 This summer’s edition of Museum International – Museum Collection Storage – is a discussion of the state of museum storage worldwide. Among the many professionals who contributed to the writing of this new edition, the guest editors, Yaël Kreplak and François Mairesse, had the privilege of interviewing Gaël de Guichen, a French chemical engineer who has spent his professional career with ICCROM, focusing on the preventive conservation of movable heritage. As such, he has carried out more than 700 missions in ICCROM’s Member States, initiating flagship projects such as PREMA 1990-2000, Media Save Art and RE-ORG. He also coordinated the ICOM-CC working group that defined the terminology of conservation-restoration.

According to de Guichen, ‘a museum’s storage room is the place where unexhibited collections are brought together in optimal conditions, ready to be displayed in galleries, studied by specialists, and, if possible, seen by the public’. In this interview, entitled ‘Collection Storage: A Window Into the Richness of Cultural Heritage. A Conversation with Gaël de Guichen‘, he tells how he came to this definition and what it implies. His journey, however, incorporates a broader story, which also raises new possibilities for the future of storage around the world.

Yaël Kreplak and François Mairesse: How do you explain the contrast in museums that, from the outside, seem very well organised, but whose storage rooms are in an appalling state? How is it possible that this situation persists, and what can be done to change it?

Gaël de Guichen: ICCROM’s 2009 survey was the confirmation of 30 years of experience of visiting and studying storage rooms. What I believe is that museum directors who inherit a deplorable situation are ashamed of the state of their storage rooms and are afraid of being judged if they show them to others, if they reveal inventory problems, theft, poor conservation conditions, and so on (see examples of storage spaces before RE-ORG, Figs. 1, 2, 3, 4, 5 and 6). The question, then, is to understand why they do not reorganise them. Often, we hear the following excuses: lack of time, lack of space, lack of money, lack of personnel. But generally, from what I have seen, this is not the problem! The idea that people have of reorganising a collection storage explains, in part, this inertia. In addition, when a director arrives at an institution, they try to show what they are capable of doing: they organise exhibitions, workshops for children, a mobile museum bus, a website. But the collection storage is not their priority. And it’s true that when you show your renovated collection storage, it doesn’t attract as much attention as a new exhibition! Besides, if you show a tidy storage room, it looks normal and people tend to ask you what the problem was [that prompted a need for reorganisation in the first place]. In any case, for things to change, you need a motivated director, ready to take charge of this project.

Today, the programme makes it possible to reorganise a collection storage room of up to 700 square metres in size in two weeks. Without the method, it would take three months. I’m always asked, with a bit of dread, if I will be able to have everything done on time. But it works: on the first day, we go around to the storage rooms and divide into teams (one group for storage room A, another group for storage room B, etc.). Then comes a phase that is usually a little scary, during which we identify the problems, we classify the objects and sort them, and we make a list of possible material needs. Then the mechanism starts, and all of a sudden, in the last three days, just like with a temporary exhibition, everything falls into place, and everyone can breathe again. Sometimes people tell me that we work miracles, but I see that it’s the system that really works when, on the last day, the head guard comes and gives me a letter in which he thanks me on behalf of his team for having saved the storage collection. I have received such testimonials more than once.

The full article is free-to-access for a limited period for the general public, in English, French and Spanish.

ICOM members can continue to read the full issue and journal archive free of charge on their member space.

We hope that this interview will inspire you to delve further into the discussion on museum collection storage – so often perceived as invisible, inactive spaces, yet fundamental to museums’ activities.