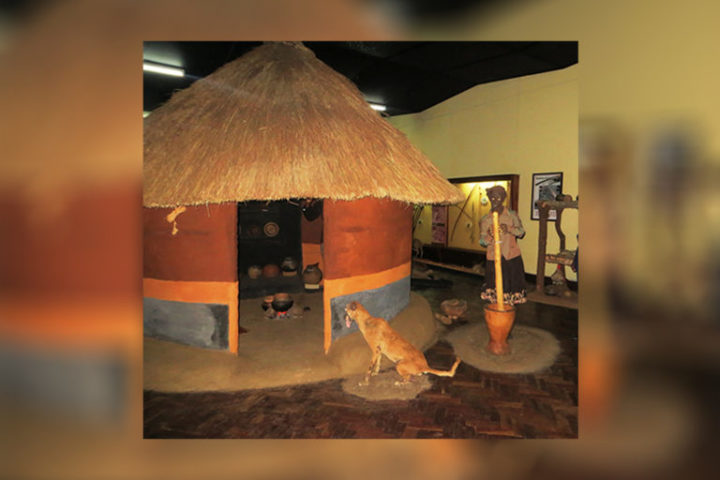 Mutare Museum is a regional museum in concept, covering the eastern area of Zimbabwe, popularly known as Manicaland, and is specialised in transport and antiquities. The museum officially opened its doors to the public on 13 September 1964, and received a large portion of its construction funding from the Beit Trust. The museum’s Beit Gallery was established at its founding in recognition of the unwavering support from the Beit Trust. Today, Mutare Museum houses five galleries, namely, Eastern Districts, Mezzanine, Transport, Beit and Boultbee, showcasing various collections, including live displays. Following the museum’s Golden Jubilee celebrations, held in September 2014 for its 50th anniversary, changes have been undertaken in the Beit Gallery that have wholly transformed the face of the museum and enhanced the museum visitor experience.

As is the case for collections of many museums in the developing world[1], exhibitions in Mutare Museum’s galleries remained static since 1964, with no major changes made apart from temporary art displays. The audience of Mutare grew increasingly tired of exhibits of static ethnographic exhibitions, alongside the live snake and aviary displays and archaeological collections, and visitor numbers dwindled as the museum product became monotonous.

Mutare Museum’s 50th anniversary celebrations or ‘Golden Jubilee’ provided the opportunity for the museum to make proposals to potential funders to redress some of the imbalances in the displayed collections and to revamp one of its galleries – the Beit Gallery, which housed ethnographic collections exhibited on the floor in almost derogatory manner, compared with antiques of foreign origin which were neatly tucked away in glass casings. The Beit Trust gracefully accepted the proposals and pledged to fund the revamping of the Beit gallery, an undertaking that took 18 months to complete.

The new displays in the Beit Gallery focus on the traditional aspects of the eastern Shona people in Zimbabwe, who are found in the Manicaland province. The exhibition aims to improve the interpretive methods of exhibitions, improve interactivity between the exhibition and the museum visitor, and promote preservation, awareness and understanding of local cultures that are being threatened by changing economic, social and political developments. The exhibition is divided into six sub-themes: prehistory of eastern Zimbabwe; chieftainship; religious practices; witchcraft and traditional healing; subsistence economy; and traditional music, dances and games. Mr Saruchera (right), Local Board Chairperson for National Museums and Monuments of Zimbabwe’s Eastern Region, officially opening the revamped Beit gallery on behalf of the Minister of Rural Development, Preservation and Promotion of National Culture and Heritage. © Mutare Museum

Improving the visitor experience and accessibility

Changes to museums have become increasingly important as museums attempt to be more interactive and engaging, and reach out to groups who have not traditionally visited them. In developing the exhibition concept of the revamped Beit Gallery, the Mutare Museum team realised the need to infuse virtual technological tools to aid in making it more appealing even to solitary museum visitors. Television sets linked to CPUs holding data for each sub-theme addressed in the gallery, and interactive equipment also included computers with touch screens connected to a wifi facility allowing visitors to send through to their emails information for further reading after they have left the museum setting. These strategies have been effective in increasing the interactivity and engagement of visitors at the museum, as well as providing a means to add context and enhance the experience. These developments have not taken the museum tour guide out of the picture, but rather, complement museum staff efforts to provide effective exhibition interpretation for visitors. It is imperative to note that the presence of staff can increase visitor satisfaction and time spent at exhibits. Following the opening of the revamped gallery on 6 June 2016, the new exhibition generated renewed museum interest among the public, although the entrance fees were considered steep. The museum worked on a promotion to slash entrance fees by half for July and August 2016. The effects were substantial, as the visitor numbers almost doubled compared to the same period the previous year: 2,826 visitors, as compared with 1,536 in July and August 2015, or an increase of 84%.

The innovative reorganisation of Beit Gallery gave a new impetus to the Mutare Museum product portfolio, and expectations are that in the future, visitor numbers will continue to improve and ultimately generate revenue through entrance fees. Mutare Museum has therefore made efforts to adapt to the expectations of the contemporary visitor, and at the same time, redress the imbalances in displays of its ethnographic collection. Schoolchildren taking notes from one of the information points © Mutare Museum