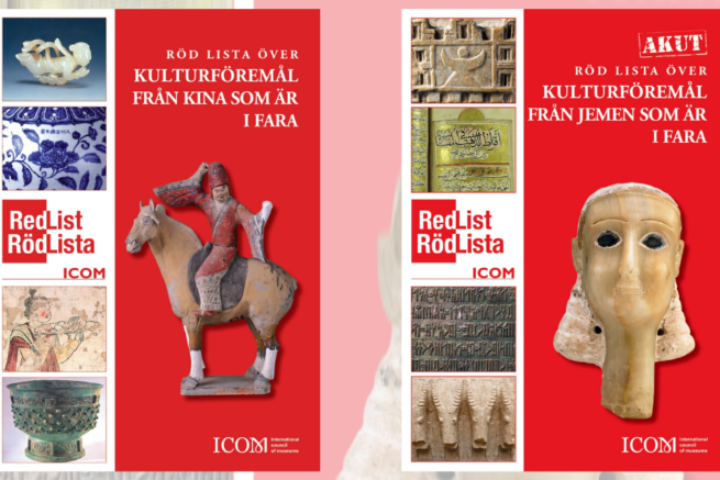 ICOM Red Lists are one of the most efficient tools to fight against illicit trafficking of cultural goods.

They serve to illustrate the categories of cultural goods most vulnerable to illicit traffic in order for individuals, organisations, and authorities, such as police or customs officials, to identify objects at risk and prevent them from being illegally sold or exported. To reach their goal to help police officers and to raise awareness among professionals involved in the circulation of cultural goods, Red Lists are published in different languages to facilitate their use and distribution all over the world. As of today, ICOM’s Red Lists are translated into 15 different languages.

These translations have been made possible thanks to the dedicated expertise of Swedish museums specialists and the generous contribution of Världskulturmuseerna (the National Museums of World Culture), a Swedish Government Agency under the Ministry of Culture.

It is already the second time that Världskulturmuseerna partners with ICOM and shows its interest in translating Red Lists of cultural objects from other countries into Swedish. The Emergency Red List of Iraqi Cultural Objects at Risk and the Emergency Red List of Syrian Cultural Objects at Risk were translated in 2019. These partnerships demonstrate the strong and continuous will and determination of the museums’ world to protect all cultural goods from all around the world.