FocusThe Network of Museums and Cultural Centres of the Los Ríos Region, Chile 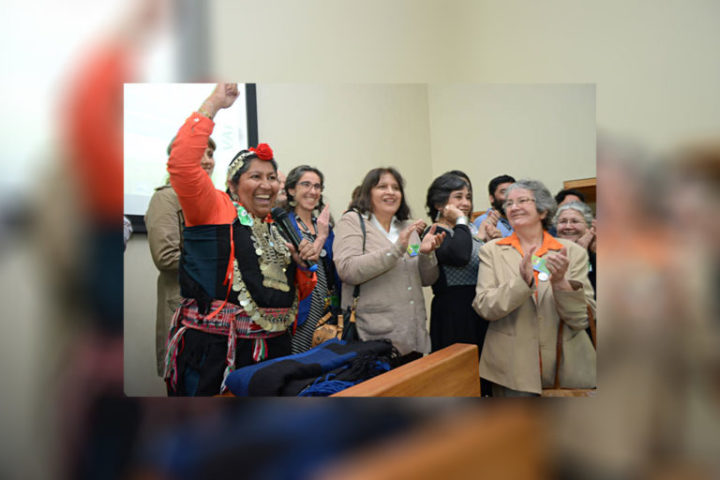 A case study in the context of the 1972 Round Table of Santiago.

The history of museums in Latin America is relatively recent compared to that of countries in Europe and Oceania. Museums began to emerge after independence movements from Spain, arising from new political and cultural situations and concerns. Along with schools, libraries and theatres, the first museums to appear in Latin America were benchmarks of these nascent American republics. These institutions rushed to search for symbols and became a means of creating, unifying and protecting new national identities (Gant 2007).

The Museum of Natural History in Santiago was the first museum founded in Chile. It was the result of an emerging national awareness of the need for scientific understanding about nature, the land, and its native inhabitants. It was founded in 1830, and the first director was renowned French naturalist Claudio Gay. The Museum of Fine Arts was established 50 years later. As a result of the newfound importance of the mining industry in northern Chile, the Mineralogical Museum was founded in 1887 in the city of La Serena. At the end of the 19th century, Salesian missionaries established their own museum in the far south of the country, in the city of Punta Arenas just north of the Strait of Magellan, with the aim of storing collections related to the natural and cultural history of the region’s native inhabitants.

After this period of initial interest, it wasn’t until the mid-20th century that governments, scientific associations, universities and private organisations developed an interest in creating new museum spaces and galleries for collections, many of which were specialised in archaeological collections.

Starting in the 1960s and early 70s, the role of Chilean museums was heavily influenced by ideologies of decentralisation and ecological thought, both in a social and environmental context, giving rise to many regional museums (Mostny 1972, 1973). During this period, museums were recognised by the Ministry of Education as complementary instruments in formal education. The growing interest in museum spaces brought with it an increased concern for staff training, and large museums hired professional guides. The National Centre for Museology was founded in 1968, and MUCHI, or the Chilean Museums Bulletin, was founded in 1976, an initiative led by archaeologist Grete Mostny, then-President of the Chilean National Committee of ICOM.

Museums and their leaders, aware of their social function and service to surrounding communities, sought to professionalise, support and expand their role in the conservation of the different experiences, traditions and knowledge of their local areas. It was in this context that UNESCO and ICOM convened in Chile in 1972 for what is known as the Round Table of Santiago de Chile (do Nacimiento et al. 2012a and 2012b).

Museologists from all over the continent and specialists from other fields gathered together at this symposium to reflect on the importance and the development of museums in the contemporary world, with special attention devoted to regional needs and disadvantaged social groups. Guiding principles from the seminar were outlined in the concept of “integrated museum”, which centres on institutions being closely linked to the history and impact of the communities where they are located or in which they participate. The principles and recommendations resulting from this symposium have served as reference points throughout the world over the last few decades; however, during the dictatorships in Chile and elsewhere in Latin America, and even in subsequent democratic periods, not only were they cut back and undermined, but their implementation and development was also obstructed.

Integrated communities: the future of our museums

The project Museums and Community: Concepts, Experiences and Sustainability in Europe, Latin America and the Caribbean (Brown et al. 2015) addresses the interaction between museums and their environments, composed of their communities and territories, aiming to improve the conditions and sustainable development of these institutions and to recognise their value as curators of local memory and heritage, strengthening and establishing forms of social inclusion.

From a regional point of view, the initiative, set up as a large consortium of international academic collaboration, will survey the values and analyse the manifest or latent effects of the Round Table of Santiago de Chile, as well as promote conferences, seminars and publications planned for its 50th anniversary in 2022. The team of professionals from the Department of Museology at the Austral University of Chile, along with ICOM Chile, has started an applied research investigation of a group of small- and medium-scale museums that are part of the Network of Museums and Cultural Centres of the Los Ríos Region. This investigation is evaluating each entity’s configuration and process based on the principles and recommendations, specifically investigating variables associated with the future sustainability of community museums in the context of the communities in which they were established.

The network includes 23 institutions of different types, histories and dependences. However, all share in the ongoing effort to recover, preserve, diffuse and showcase the diverse heritage and memories that enrich and give meaning to the region’s cultural landscape and inhabitants.

The different spaces and people that make up this network reflect a conflicting phenomenon. On one hand, through use and appropriation, residents can experience socially significant processes about local infrastructure and cultural assets and develop formative and educational experiences about their heritage, contributing to their understanding of these territories and their intercultural relationships over thousands of years. At the same time, there is a lack of institutional recognition and support. These spaces—and here is what’s truly important—have for decades managed to take up this task despite their varying histories, management models, levels of professional training, and availability of resources.

We envision that the research conducted by the EULAC-Museums Project on the powerful global mosaic formed by this network of museums from a small region in the Southern Cone of South America will provide useful and exemplary evidence for understanding the underlying complexities of the museums’ commitment to the communities to which they belong, their link to the “integrated museum” concept, and their approach to the dilemma of sustainability in a historical, social, local and regional context. Without question, it will foster a socially and locally engaged museology that inspires and encourages reflection in other communities and museums of Latin America, the Caribbean and Europe.