Olmec Figurines
These jade figurines were most likely crafted along the Gulf Coast of Mexico, in the area comprised between Río Papaloapan in southern Veracruz and Laguna de Términos in the state of Tabasco. They date from the Middle Pre-Classic period (1500-500 BC) and are representative of the “Olmec period” of Mesoamerican civilization. Olmec figurines were generally crafted in bright green or blue jade. Some are also made of other hard stones in colors ranging from different shades of white to dark green (almost black).They were individually carved and polished, following a set style. Bigger figurines measure 30 cm in height and the smaller ones 8 cm. Figurines are mostly portrayed in a standing, sitting or sometimes laying position. These figures have wide downturned lips, that some have interpreted as elements representing jaguars. Most of these figurines have shaved heads displaying cranial deformation: the round lower part becomes much more narrow at the front. Others show a V-shaped incision in the front as if they were hit with an axe in the upper part of the skull. Most of them portray male characters. Even though their sexual organs are not shown, they lack breasts so they are easily identifiable as male figurines. Some wear a maxtlatl, or loin cloth, the traditional Mesoamerican male attire. 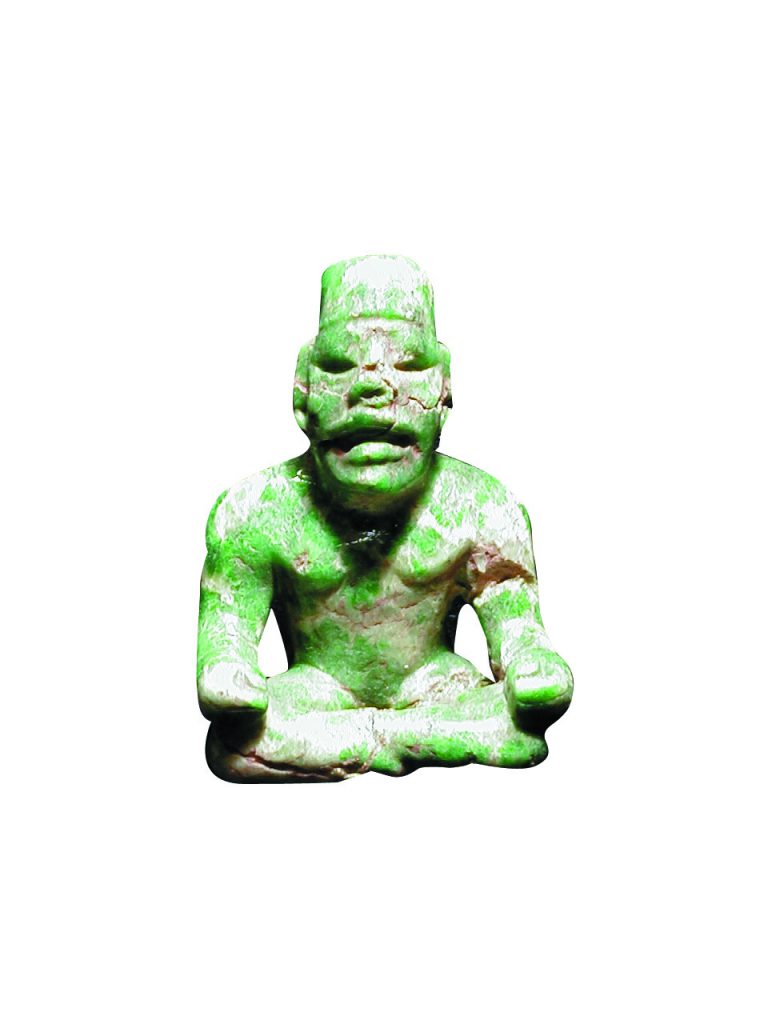