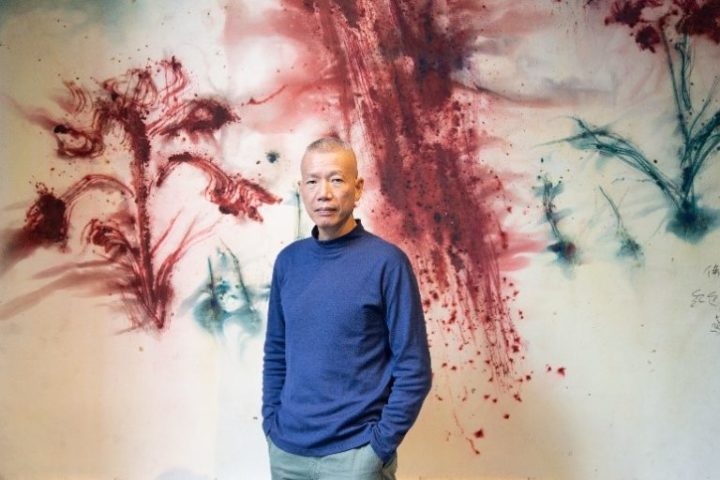 The innovative Chinese artist will deliver a keynote speech during the 25th General Conference of ICOM, which will take place in September 1 – 7 in Kyoto, Japan

Cai Guo-Qiang was born in 1957 in Quanzhou, China. He was trained in stage design at the Shanghai Theatre Academy from 1981 to 1985, and his work has since crossed multiple mediums within art including drawing, installation, video, and performance. Cai began to experiment with gunpowder in his hometown Quanzhou, and continued exploring its properties while living in Japan from 1986 to 1995.

This inquiry eventually led to the development of his signature outdoor explosion events. “It is like making medicine — a little of this, a little of that, watch it and taste it a little and see how it is working. My work is like a dialogue between me and unseen powers, like alchemy”, he said of his work with gunpowder in an interview.

Drawing upon Eastern philosophy and contemporary social issues as a conceptual basis, his artworks respond to culture and history and establish an exchange between viewers and the larger universe around them. His explosion art and installations are imbued with a force that transcends the two-dimensional plane to engage with society and nature.

Cai, who currently lives and works in New York, was awarded the Golden Lion at the Venice Biennale in 1999, the Hiroshima Art Prize in 2007, and the Fukuoka Asian Culture Prize in 2009. In 2012, he was honored as a Laureate for the prestigious Praemium Imperiale, and in the same year, he was named as one of the five artists to receive the first U.S. Department of State Medal of Arts for his outstanding commitment to international cultural exchange.

Between the 1st and the 7th of September 2019, Kyoto (Japan) will host the biggest and most important conference of museums in the world. More than 3.000 museum professionals and experts from all international backgrounds will participate in this triannual event, the 25th General Conference of ICOM.  After 24 successful editions, ICOM’s flagship conference has become a worldwide reputed hub for exchange about the topical issues museums tackle today, as well as the most innovative solutions. Early bird registrations will be available until the 30th of April. To find more information on the conference and to register, check the ICOM Kyoto 2019 website.