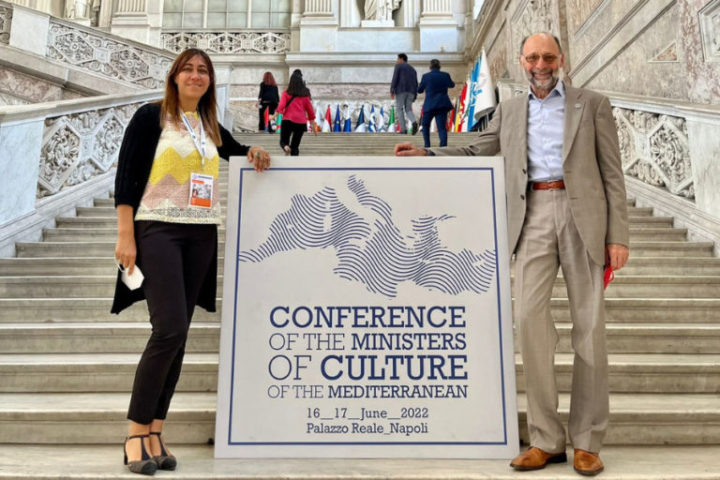 Threats to cultural heritage such as climate change, conflicts and illicit traffic were at the heart of discussion of the Culture Ministerial meeting of the EU-Southern partnership.

The high-level summit, organised by the Ministry of Culture of Italy, in coordination with the French Presidency of the European Union, brought together the Ministers of Culture of the Euro-Mediterranean region, international organisations, and other key stakeholders from civil society in a hybrid format in Naples, on Thursday 16 and Friday 17 June 2022.

Topics of discussion focused on the protection and the role of cultural heritage in the face of contemporary issues including climate change, conflict situations as well as illicit trafficking. In this regard, on Thursday 16 June, Michela Rota from the ICOM’s Working Group on Sustainability participated in the panel “Human development, good governance, and the rule of law. Culture at the heart of human development and the SDGs” to discuss how to adopt a more integrated and comprehensive approach in the EU-Mediterranean region in compliance with the 2030 UN Sustainable Development Goals. In fact, today, heritage and museums are not immune to the impacts of the climate crisis, as shown by the major flooding events that occurred during summer 2021, which affected several European countries and caused extensive damage to museums in Belgium and Germany.

Not only is it crucial to protect heritage at risk of climate change, but sites and museums are also places to learn and educate about the environment and how to respond to this global threat. Similarly, while culture is vulnerable to destruction, looting and illicit trafficking, it can be a resource for conflict prevention and mitigation. In this respect on Friday 17 June, Alberto Garlandini President of ICOM opened the Plenary session “Culture, an asset for Peace and Security”. In his speech he highlighted the longstanding commitment of ICOM in the fight against illicit traffic of cultural property and recalled the core values that were at the founding of the organisation in 1946, in particular, in the context of reconstruction after the Second World War.

“Since its creation in 1946, ICOM, the International Council of Museums, has campaigned for the pivotal role of culture and museums in building a common ground for a peaceful, resilient, sustainable and prosperous world. Those ideals remain core values we continue to defend today.” Alberto Garlandini – ICOM President

Still and especially nowadays, ICOM denounces violence and wars, and promotes inclusive dialogue, peaceful interactions, and constructive approaches. ICOM has also been concerned by the illegal movement of cultural goods and has created the ICOM Red Lists of Objects at Risk which are a recognized tool at the international level. For more than 20 years now, ICOM has published 18 Red Lists of endangered heritage which cover more than 50 countries, including several from the Euro med region. Thanks to the dedication and expertise of ICOM’s members, who number more than 45,000 museum professionals and institutions from over 140 countries and territories, the organization has developed scientific and ethical standards to guide museum professionals.

And this conference was an opportunity to recall ICOM’s involvement in addressing contemporary issues such as climate change, illicit trafficking of cultural goods and security threats. 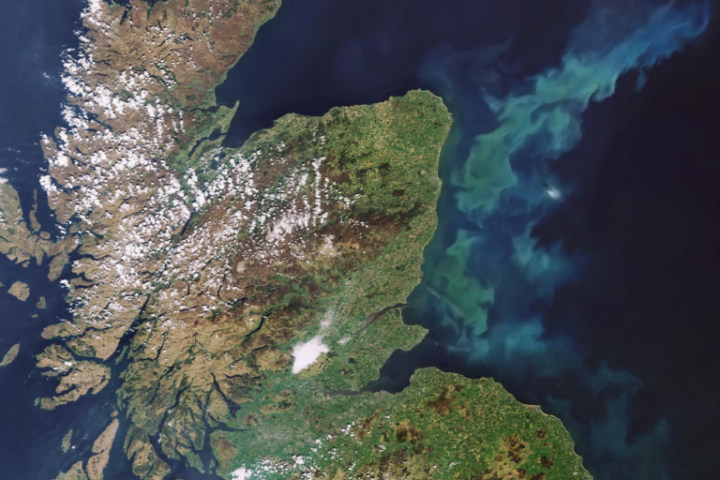 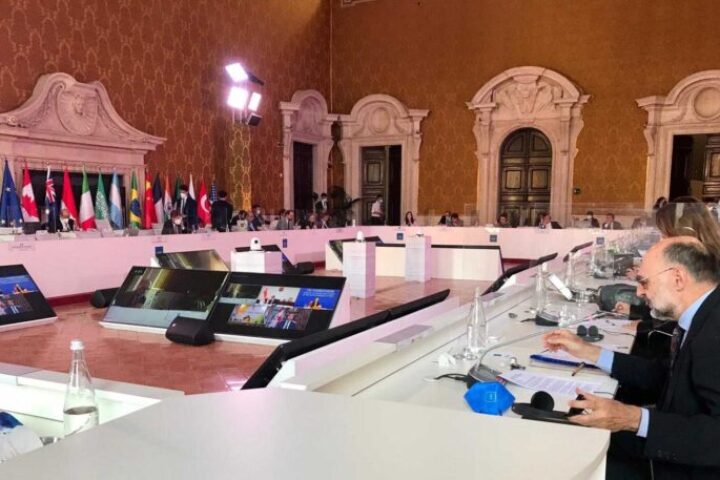