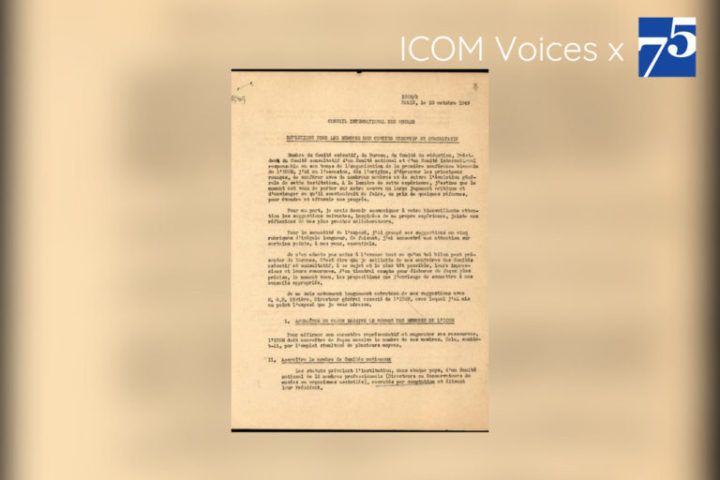 ICOM is celebrating its 75th anniversary. Its archives, which are gradually being brought to light, offer numerous testimonies to the fact that throughout its history it has never ceased to reflect on its role, to seek to improve its organisation and to adapt its practices.

This special feature — ICOM Voices Past — is an opportunity to gain new perspectives on contemporary challenges by drawing inspiration from these testimonies from ICOM’s past. The text we are presenting here, dated October 10th, 1949, whose introduction makes it possible to guess its author even if it is not signed, is a good example.

In October 1949, ICOM was not yet three years old. Its registration in the Journal officiel de la République française as a “foreign association” with the aim of “international cooperation among museums” only dates from February of the same year. At that time, there were “National Committees on International Cooperation Among Museums” in 38 countries, with a total of 401 “active” members (p. 2 of the text), to which must be added 69 “associate” members, i.e. 29 individuals and 40 museums or similar bodies (p. 3).

ICOM has changed a great deal since 1949, but the matters that Georges Salles, Director of the Museums of France and co-founder of ICOM, addresses to the members of the Executive and Consultative Committees in this text echo the debates within the organisation today. The first wish he expressed, “to massively increase the number of ICOM members”, has since been largely fulfilled – there are now 118 national committees and 49547 members (annual report 2020) – but the challenges he set out, and for which he proposed concrete measures, have not lost their topicality: “increasing the role of national committees”, “increasing the role of international committees” and “perfecting the promotion of ICOM’s results.

In search of the author: deciphering

Indeed, at the Constitutive Assembly of ICOM, on November 16th, 17th and 18th, 1946, at the Louvre, Georges Salles was elected President of the Advisory Committee, and as such was a member of the Executive Committee and the Bureau. During the following meetings on November 19th and 20th, nine International Committees were created, among them Committee No. 2 for museums of Art and Applied Arts, headed by Georges Salles. Less than a month earlier, he had been appointed president of the French National Committee, which he had initiated. It was in this capacity that he was entrusted with the organisation of the first ICOM Biennial Conference in Paris, from June 28th to July 3rd, 1948. He was also Chairman of the Editorial Board of ICOM News, the first issue of which was published on October 1st, 1948.

Nota bene : The original version of this text is only available in French, but the English version presented here, slightly different in form, is an adaptation for publication as the editorial of ICOM News, vol. 2, No. 5, October 1949 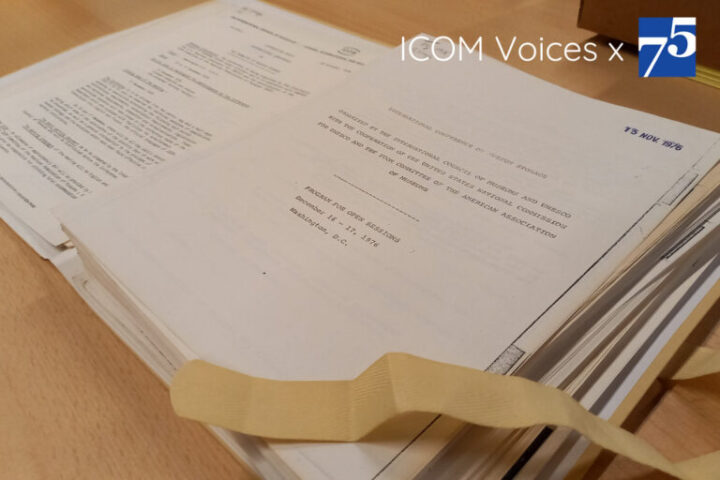 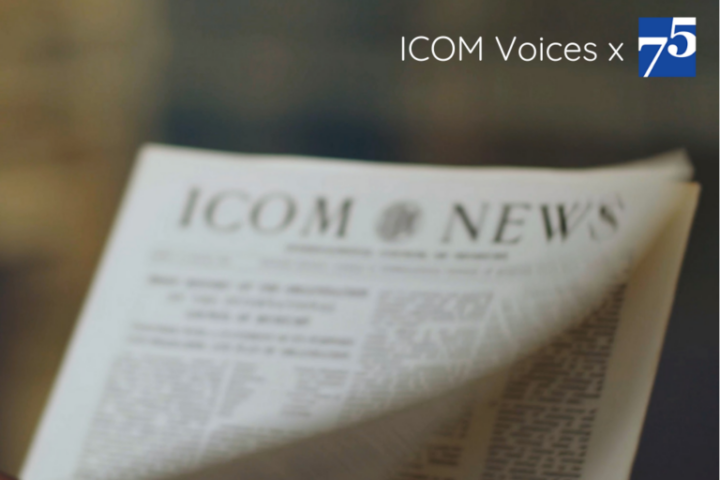