ICOM Voices Intangible Heritage as a Tool for Intergenerational Dialogue, at the Centre for Memories – Museu Sporting, Lisbon 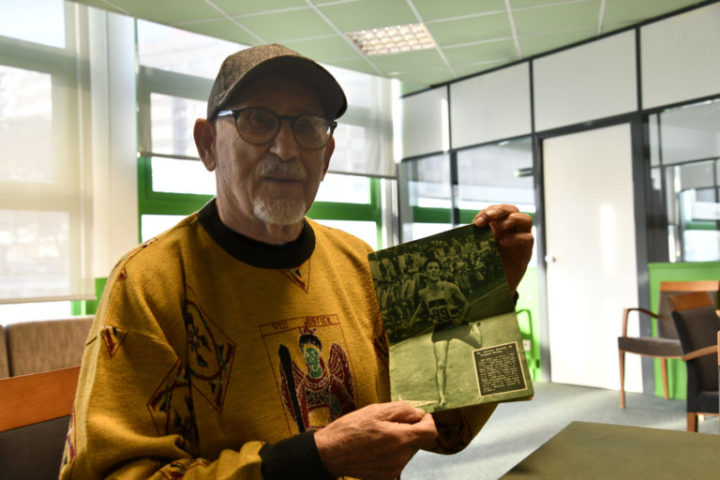 Although usually implemented within larger institutions, centres of memory have grown in scope since the beginning of the 21st century, notably by preserving intangible heritage in the form of oral histories, which serve to help visitors strengthen their identity and values.

One example is the Centre for Memories of the Museu Sporting (Lisbon, Portugal), implemented in 2017 to create bridges between past, present and future generations, through the testimonies of athletes, fans, the museum’s visitors and users, Club staff, and their relation to the Sporting Clube de Portugal (Sporting C. P.), one of the largest sports clubs in Portugal. Situated in the ​​Museum Management and Programming Department, the Centre for Memories of the Museu Sporting offers spaces for intergenerational and intercultural dialogue, through organised events and the display of audiovisual collections of testimonies associated with the Sporting Clube de Portugal. The Centre for Memories works in collaboration with the various departments of the Club that manage the relationship with fans, branding, identity, and communication. This collaborative work is also inherent to the Museu Sporting’s Educational Programme, which involves creating and organising exhibitions, and encouraging listening and interaction through different participative activities.

Implementation of the Centre for Memories as a Technical Area

The Centre for Memories of the Museu Sporting serves as a link between tangible and intangible Portuguese sports heritage, contextualising existing content (photographic and audiovisual collections) from the museum’s Documentation Centre and its Collections Department.

The Centre’s work started in October 2017, following completion of the report Centro de Memórias do Museu Sporting C. P. [Centre for Memories of Museu Sporting C. P.] by David Felgueira (current Coordinator of Museum Management and Programming at Museu Sporting) in the context of his Academic Internship for the Master’s Degree in Anthropology, specialisation in Visual Cultures, at Universidade NOVA de Lisboa. The report identified the urgent need to rescue and preserve the history and memories of the Sporting Clube de Portugal, as well as its identity, through the collection of oral and audiovisual testimonies. A collective memory project was therefore launched, related to the life story of Professor Mário Moniz Pereira – a famous athletics coach and former director of the Sporting Clube de Portugal – in which audiovisual testimonies of renowned athletes such as Carlos Lopes (Olympic gold medal) and Fernando Mamede (World record holder) were collected. This provided content for a temporary exhibition, A sorte dá muito trabalho – Mário Moniz Pereira [Luck takes a lot of work] at the Museu Sporting.

Other activities were then integrated into the Museu Sporting Centre for Memories’ programming, such as Visitas de Autor [Author’s visits], which aims to connect the iconic figures of the Club with the museum’s visitors and users through talks by guests about their life and professional experiences within Sporting C.P., following an itinerary chosen by them in the museum’s permanent exhibition. The first session took place on 29 September, 2018, with the emblematic journalist Vítor Cândido, and was followed by 10 other sessions, each one gathering around 15 visitors. Another activity, O Museu Conta, is a TV series produced in partnership with Sporting TV, the Clube’s official television channel, which is based on the ‘a story, an object’ concept whereby a special guest recounts his connection to a particular object in the collection.

The Centre for Memories strives to create habits and meeting routines that highlight the museum’s role as a welcoming, social space that encourages intergenerational sharing of memories and dialogue.

Positive and ongoing relationships have developed between special guests, the museum, visitors and users. For example, Joaquim da Silva Ferreira, an athlete who represented Portugal at the 1960 Summer Olympics and who until the 1990s won medals for Sporting C. P., regularly visits the museum to share his experiences orally with the audience, supply material for the Documentation Centre and even donate objects from his private collection, which are currently displayed in the permanent exhibition in the section that addresses the theme of Athletics (Fig. 1).

The Centre for Memories’ activities are also linked with the Collection’s Management and Control Coordination, not only by sharing the information already concentrated in the museum’s Documentation Centre, but also by using the collection as a trigger to activate memory. For example, recently João Manuel Matos Alves, Sporting C. P.’s current Technical Secretary of Roller Hockey and Multisport Coordinator, gave a testimony to the Centre for Memories about the history of Roller Hockey at Sporting C. P., from its recent revival to its latest achievements. Through these recollections, he spoke about his first memories as a Sporting C. P. fan. This dialogue came about following the restoration of the 2004/2005 Children’s Cup of Roller Hockey (Fig. 2), carried out by the museum’s Conservation and Restoration Technicians. 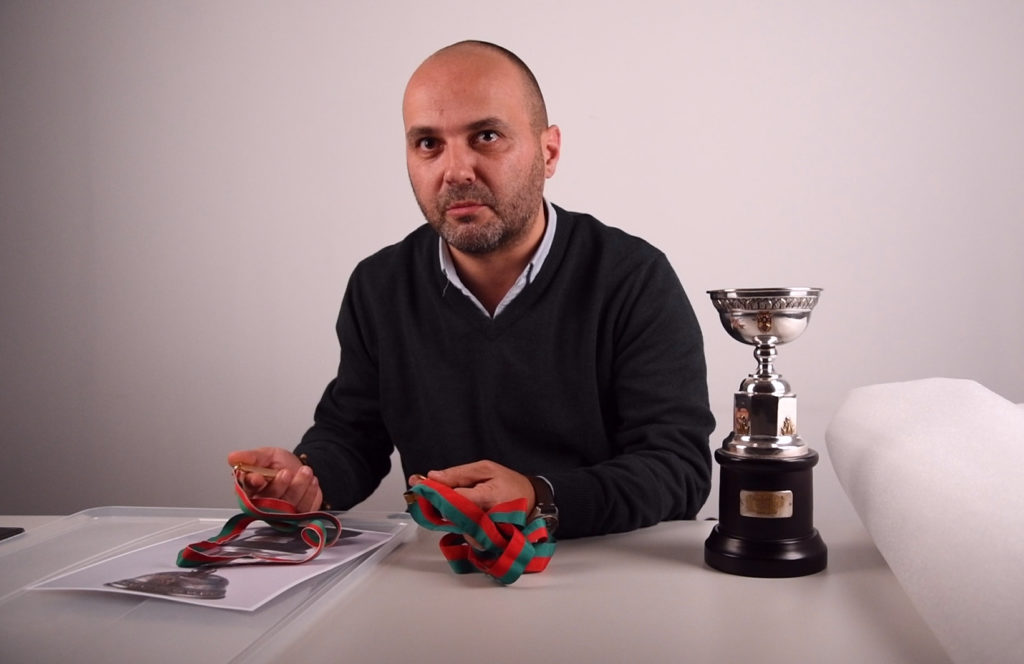 Looking to the future

To strengthen the Sporting C. P.’s network, thus allowing for a broader discussion on various themes addressed by the primary conceptual framework of the Museu Sporting – eclecticism in sport — the museum community will be invited to propose new stories and contribute to existing ones, providing their own photographic and audiovisual collections to support these. This participative action is based on methodologies and social technologies already implemented in internationally recognised institutions, such as the Museu do Traje de São Brás do Alportel [Costume Museum], with whom the museum has a constant relationship through the MINOM-ICOM Portugal (International Movement for a New Museology).

With these activities, the Centre for Memories of the Museu Sporting is seeking other media for gathering and sharing testimonies, while remaining attentive to issues such as the proper safeguarding of intangible heritage in line with current standards, and effective ways to engage audiences in the creation of value.

The team continues to work towards fulfilling its role in education, awareness, and capacity to ‘ensure the recognition, respect and appreciation of the intangible cultural heritage in society’ (UNESCO, 2003), with a special focus on non-formal means of knowledge transmission within the communities and groups involved.

UNESCO (2003), “Convention for the Safeguarding of the Intangible Cultural Heritage”, available at: https://ich.unesco.org/doc/src/2003_Convention_Basic_Texts-_2020_version-EN.pdf (accessed 6 December 2021).

The Centre for Memories of Museu Sporting can be consulted via email: museu.memoria@sporting.pt.