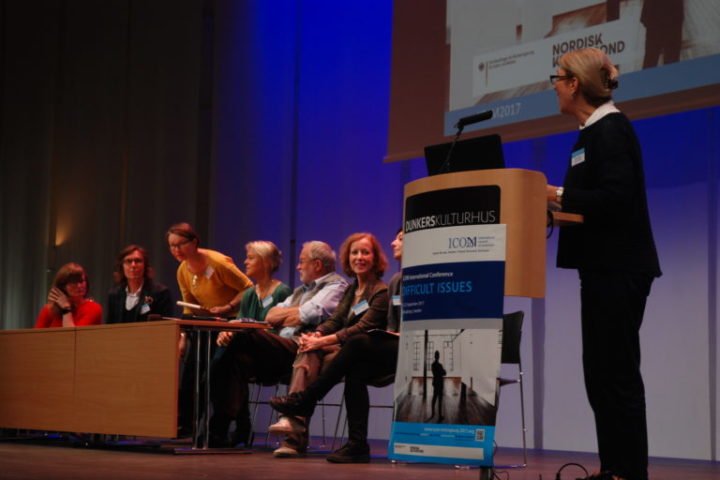 ICOM Germany and ICOM Nord (ICOM Iceland, Norway, Sweden, Finland, and Denmark) organised a joint conference in Helsingborg, Sweden, from 21 to 23 September. Continuing with the theme of International Museum Day 2017, “Museums and contested histories: Saying the unspeakable in museums”, participants tackled the “difficult issues” that arise in all aspects of museum work.

The choice of topic continued to prove its relevance, as many quickly related to the situations studied during the conference and expressed the need for exchange and the development of common strategies when dealing with difficult stories. One of the first keywords given was ‘unease’, the inevitable feeling that museum professionals and visitors get when confronted with difficult issues. Collecting this kind of narrative is impossible without fostering a trusting relationship with the people involved in them, adding an emotional dimension to the mission of dealing with these objects and stories. The close relationship between the ways in which museums tackle difficult issues and their political freedom was an underlying issue in several presentations, as well as difficult issues around gender, ethical challenges and museum public responsibilities.

A challenge for the present

While interpreting and remembering a hurtful past is a difficult task, so is collecting and displaying the present. This issue was raised by ICOM’s President, Suay Aksoy, during her opening speech.

“Reconciliation appears as a post-trauma action that takes place only after decades have passed. It takes time to prepare the communities for reconciliation. So, the earlier the efforts start, the earlier the peace is instituted. Then it is justified to ask, can we not do something when things are in the making —when they are happening? Why are museums able to talk about trauma only decades after it occurs? Is this era too fast for museums? Could it be that the format of our structures and their mode of operation require updating? But then… how much is this a matter of relevance for museums, how much does it serve their relevance?” she asked.

These questions might not have definite answers yet, but the conference has taken a big step towards fostering a conversation around the need for museums to tackle the unspeakable and actively engage with the communities they serve by making difficult stories seen and heard.