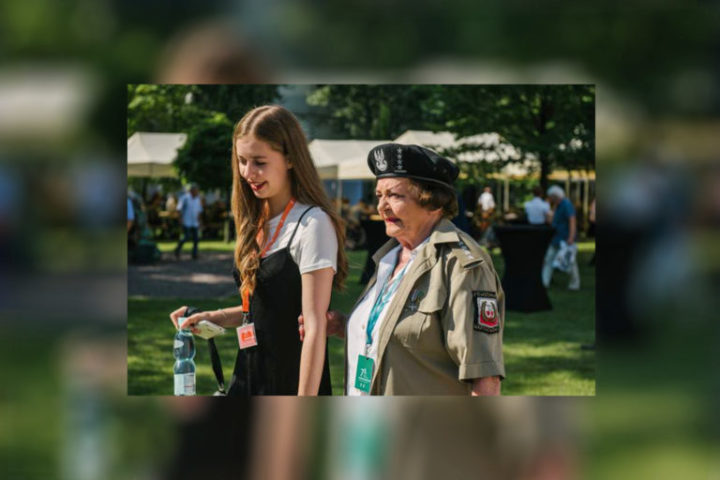 In August 2017, the motto of the 73rd Anniversary of the Warsaw Rising lured thousands of people of all generations to the Warsaw Rising Museum, and to an array of events commemorating this dramatic episode in the city’s history.

The Warsaw Rising Museum is a Polish cultural institution with a permanent exhibition depicting the struggle and everyday life of Varsovians during the Warsaw Rising of 1944 (1 August – 2 October, 1944). This was a watershed moment in Poland’s modern history, the culmination of the Polish Underground Home Army’s Operation Tempest (Burza). The insurrection aimed to liberate Poland during the Nazi retreat, and in the wake of five years of cruel occupation. It was launched to establish a free Polish administration and prevent a Soviet takeover. The Warsaw Rising involved not only military forces, but civilian non-combatants as well. A major battle of the Second World War, the Rising resulted in the destruction of the Polish capital. Warsaw was razed to the ground, and 150,000 to 180,000 Poles died in the process. Meanwhile, Stalin’s Red Army stood a few kilometres away, watching Warsaw in flames. The destroyed capital was slowly rebuilt over the next five decades – under the watchful eye of the Soviets. The staff of the Warsaw Rising Museum conducts scientific research and educational activities devoted to the Polish Underground State during World War II, and the museum’s oral history archive holds a collection of almost 4,000 interviews with insurgents and civilians. Adjacent to the museum is Freedom Park, with a memorial wall bearing 11,000 names of Home Army soldiers who fell during the Rising. Nonetheless, those who survived and are still alive are the most notable participants in the museum’s life, contributing invaluable assets for educational work through their willingness to bear witness.

Every year at the beginning of August, to commemorate the Rising, the museum becomes a pivotal point on the Polish cultural landscape, when history and remembrance move to the centre of contemporary art events. Accessibility is enhanced, as these events are not confined to the museum’s walls. When Warsaw stands still for one minute

On 1 August, at 5pm, known as the “W” hour, or the moment the Rising was sparked off, the city of Warsaw stands still for one minute – accompanied by the sound of city civil defence sirens. In order to give an additional civic dimension to the historical event, the museum has launched a project involving some 600 volunteers and Polish scout associations, including the Polish Scouting and Guiding Association and the Scouting Association of the Republic. Assigned to 360 places of remembrance around Warsaw, the scouts and volunteers provided historical background to interested passers-by – random encounters that triggered emotions and memories.

The “Memory of the City” mobile application furthermore allowed people to follow a route of Warsaw Rising places of remembrance in several districts of Warsaw, and to learn about its history. The story of the city caught between Stalin’s advancing army and Hitler’s troops, and its desperate 63-day battle for Polish freedom, has inspired actors and musicians.

The theatrical adaptation of “The Chechen Diary of Polina  Zherebtsova” (Dziennik czeczeński Poliny Żerebcowej) was written by Zherebtsova with the purpose of being staged in August 2017 in the Warsaw Rising Museum. Similar to her earlier works, “Polina Zherebtsova’s Journal: Chechnya 1999-2002” (2011) and “Ant in a Glass Jar” (2014), she talks about her childhood and adolescence and the horrific life in Grozny during the two Chechen wars, depicting humanity under the most inhumane of circumstances. This indoor monodrama by renowned Polish actor Andrzej Seweryn, directed by Ivan Vyrypaev, was conceived as an intimate individual experience.

The museum also organised a large outdoor concert entitled “I am space” (Jestem przestrzeń) in Freedom Park. The poems by Anna Świrszczyńska, Warsaw Rising Insurgent, were the inspiration for the lyrics of the 12 songs performed by young Polish jazz singer Monika Borzym. Świrszczyńska was a true voice of her generation, marked by the horrors of war, and yet her texts appeal with a universal human touch.

Off the main museum road

Alongside its daily exhibition operations, the Warsaw Rising Museum has made impressive accomplishments in the filmmaking arena. Produced by the museum in 2014, Warsaw Uprising, the world’s first documentary made entirely of original footage, has met with great acclaim in Poland and abroad. City of Ruins (2010), the world’s first digital 3D (stereoscopic) recreation of a city destroyed during the Second World War, is part of the museum’s exhibition and is high on the “must-see” list in Warsaw.

Two short videos, produced by the museum in 2017, in cooperation with Warsaw Film Academy, were furthermore released on YouTube shortly before the 73rd anniversary (in Polish):

The Warsaw Rising Museum is an active member of the ICOM International Committee for Museums and Collections of Military History (ICOMAM) and the Platform of European Memory and Conscience, and is a partner in the European Union Erasmus+ educational programme.

The museum’s traveling exhibition, Warsaw Rising 1944 (see ICOMAM Magazine 17, May 2017, pp. 10-12), has been on tour since 2014, welcomed by venues in Berlin, Munich, Heidelberg and Peenemunde, Germany. The film Warsaw Uprising has been presented at the Prague International Film Festival (Czech Republic), CinEast – Central and Eastern European Film Festival (Luxembourg), and the Claremont Film Festival (California, US). The museum is also co-organising screenings worldwide, on request.