NetworkInspiring projects at The Best in Heritage 2019 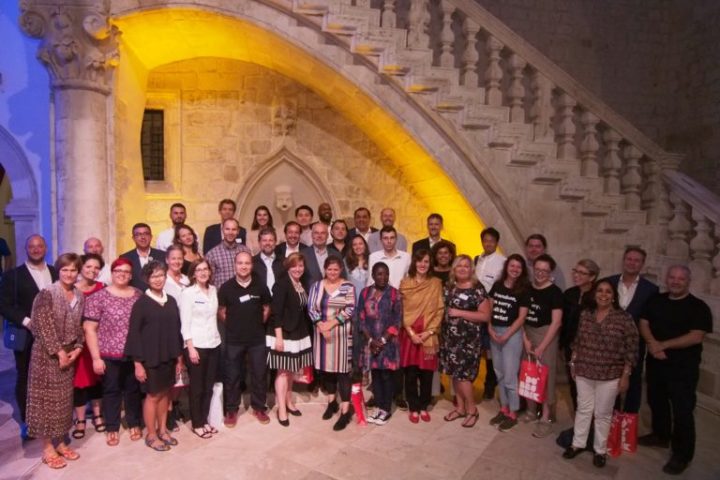 Sustainability and the power of personal stories were two of the main threads running through this year’s edition of The Best in Heritage, which took place on 25 – 27 September in Dubrovnik, Croatia.

In his opening speech, Best in Heritage Founder and director, Tomislav Sola stated that although the conference was now a well-established event the key was to retain curiosity about the world by presenting inspiring projects.

ICOM President Suay Aksoy set the tone for reflection on climate change, emphasising the role to be played by museums and heritage institutions in protecting our planet.

The IMAGINES prize went to RT Innovation for #1917LIVE and #Romanovs100, respectively a real-time digital retelling of Russia’s revolutions in 1917 and an AR-based exploration of the private Romanov family photo archive to mark the centenary of their death in 1918. The second popular vote went to the National Museum of Australia’s Aboriginal-led exhibition, Songlines: Tracking the Seven Sisters Interactive, which provides a magical, digital journey through an ancient, epic narrative.

The 28 presentations of heritage projects that followed in the Project of Influence category were passionate tributes to the museum professionals and stakeholders that made them possible, and the communities they serve.

The ability to engage an audience by providing a platform for personal stories was movingly demonstrated in presentations on the War Childhood Museum, the Centre d’histoire de Montréal’s Explosion ‘67, and the State Museum of History of Gulag.

Meanwhile, the Museum of Natural and Environmental History (Japan), the Museum of Tomorrow (Brazil) and the Association of the International Private Committees for the Safeguarding of Venice reminded us of the potential of heritage institutions to contribute to sustainable living.

The Project of Influence was awarded to the development of LAMO Center in Leh Town, India for its renovation of a historic house to become a community-inspired vibrant cultural space today.

Joint runners up in the category were Detroit Historical Society, which employed a brave oral history campaign to engage the community in a dark period of the city’s history, and the Museum of Modern Art in Perm, Russia, which presented its new approach in working with its citizens – young and old.

After 19 years of commitment to The Best in Heritage, this year ICOM became the event’s main partner.