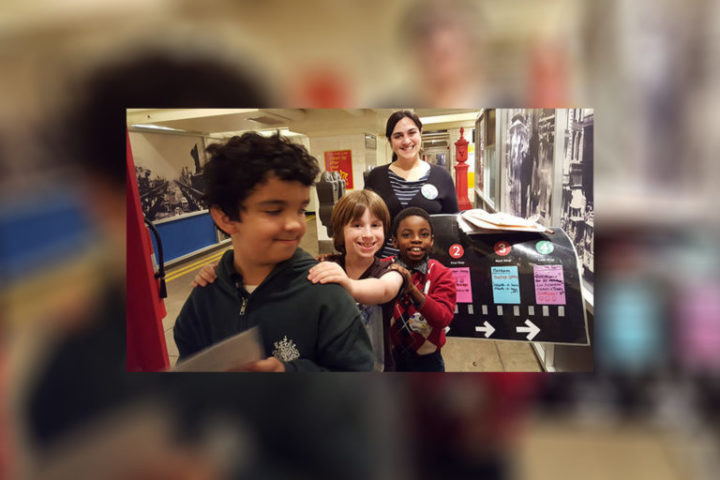 The New York Transit Museum has developed a unique programme for young train enthusiasts with autism.

The New York Transit Museum, housed in a 1936 decommissioned subway station in Downtown Brooklyn, has long been a magnet for youth on the autism spectrum who love trains and transportation. Some of these children come every single weekend to the museum with their parents and know the subway map backwards and forwards as well as exactly what train models run on what subway lines. Many of them dream of growing up to be a train operator.

About seven years ago the museum’s leadership realised we were in a unique position to create a highly specialised programme for children with autism that could harness this deep enthusiasm to help young people develop social skills. In conjunction with autism specialists, the museum designed Subway Sleuths, its acclaimed afterschool programme for young train enthusiasts (2nd through 5th graders) on the autism spectrum. In 2016 the Transit Museum received the National Arts and Humanities Youth Program award for Subway Sleuths, the nation’s highest honour for out-of-school programmes, as well as the American Alliance of Museum’s Excellence in Programming award.

Special-needs participants with a passion

Subway Sleuths uses a strength-based approach that views a passion for trains as a positive motivator rather than an obsession to overcome. Providing a setting in which students with special needs are comfortable and a subject with which they are fluent (in our case, transportation) can stimulate communication, foster a sense of competence, and help develop crucial skills like flexibility, self-regulation and self-advocacy. A passion for transportation and trains is a requirement for any child who participates in the Subway Sleuths, for that shared interest serves as the glue that brings the students together. The museum’s content serves as both the motivator and the organisational structure for highlighting, modeling, investigating and experiencing social interactions. The programme is particularly important for this population because there is a shortage of out-of-school programmes that are accessible to children with autism, a syndrome that now affects one in 68 children and one in 42 boys.

Subway Sleuths meets weekly for 10 sessions in the fall and 12 sessions in the spring. Each session has a maximum of six participants and the programme is led by three facilitators: a speech language pathologist, a special education teacher and a Transit Museum educator. This small adult to youth ratio and the expertise of the facilitators provide crucial structure and support for the programme. To develop positive peer-to-peer social interactions as well as group work, it combines a number of successful and proven strategies that support the learning needs of students with autism through art, movement and imaginative play, and is highly structured to be as supportive as possible to the participants, who thrive in structured environments. Each session starts with a visual schedule that capitalises on students’ visual strengths, organises the session time for students to manage expectations and promotes shared thinking among the group. After reviewing the schedule the group participates in two activities. Many activities are structured for partner work relating to larger group activities. For example, if the whole group is designing a giant subway map, one team of partners might work to draw the subway lines while another team comes up with fun names for stations. This supports flexibility and allows students to recognise individual roles as part of an overall project that they are tackling together.

Other activities, such as taking and reviewing pictures at each session, build and utilise shared memories, and allow the students to explore concepts of empathy by imagining what the other person in the photo was thinking.  Some games involve practicing non-verbal communication, helping students learn to read body language and facial expressions. For example, Sleuths work in partners to assemble toy train tracks using hand signals like ‘thumbs up’ and ‘thumbs down’ and expressions that signal approval or disapproval. Every session ends with a reflection period, giving Sleuths an opportunity to reinforce activity outcomes, build shared memories and create excitement for the next week.

Evaluation and influence of Subway Sleuths

At the end of the semester, parents fill out an evaluation form. In response to the question, ‘Did your child learn any teamwork or other social skills?’, parents from a recent group responded with the following:

Over the years, as Subway Sleuths participants aged out of the programme, we realised that we wanted to develop initiatives to continue to serve them as well as other teens with autism. In 2016 we piloted a teen Studio Underground series to provide a space and time for teenagers who love transportation to gather and share their passion through social time and activities. The event was a success. One participant’s uncle told museum staff members that his nephew, who has autism, was always teased at school because all he wanted to do was talk about trains and his peers weren’t interested. The uncle was excited that the Studio Underground programme gave his nephew a social and judgement-free zone to talk about his passion with others who share the same interest and level of knowledge.

The success of Subway Sleuths and other access programmes has led museums and cultural institutions to seek advice from the Transit Museum on how to develop their own programmes. In response, the museum is hosting a day-long symposium on 1 May 2017 for any organisation interested in developing programmes for people with autism or improving already-existing programmes. The symposium will include presentations and discussions with scientists, therapists, parents, educators and advocates.

The success of Subway Sleuths has affirmed our belief that museums are in a unique position to provide engaging out-of-school programmes for people of all abilities. For many children with autism, school can be overwhelming or challenging for a variety of reasons, and they need positive and specialised spaces, separate from the pressures of school, to successfully engage with their peers and build confidence. The New York Transit Museum will always strive to serve people of all ages and abilities and to be a resource to others who want to do the same.