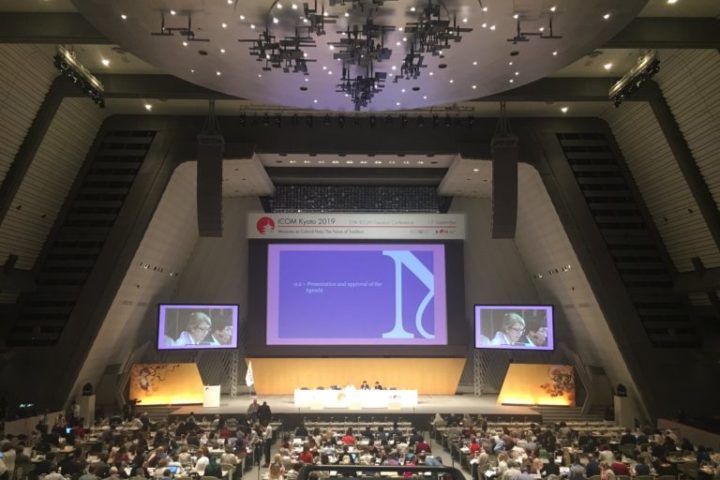 ICOM is leading and will continue to lead the conversation about what a museum is.

After a profound and healthy debate among ICOM members, the Extraordinary General Assembly has decided to postpone the vote on the new museum definition. The decision gathered 70,41% votes in favour.

“This has been one of the most democratic processes in the history of ICOM”, said Suay Aksoy, President of ICOM. “The discussion continues, and MDPP will continue its work by interacting with all the National and International Committees, to talk about the implementation and assimilation of these new ideas as they will probably appear in the new definition that will be and amendement of the proposed one. This is not the end, this is just another beginning in this process of redefinition. I invite all members to participate in the discussions as they advance.”

Since ICOM’s creation in 1946, the ICOM definition played a central role for museums and museum professionnals and became a reference in the international museum community.

According to the ICOM Statutes, adopted by the 22nd General Assembly in Vienna, Austria, on 24 August, 2007:

“A museum is a non-profit, permanent institution in the service of society and its development, open to the public, which acquires, conserves, researches, communicates and exhibits the tangible and intangible heritage of humanity and its environment for the purposes of education, study and enjoyment.”

In the aftermath of the 2016 ICOM General Conference in Milan, a new Standing Committee has been appointed to study the current definition. The Committee on Museum Definition, Prospects and Potentials (MDPP, 2017-2019) explores the shared but also the profoundly dissimilar conditions, values and practices of museums in diverse and rapidly changing societies. Combining broad dialogue across the membership with dedicated expert fora, the committee is addressing the ambiguous and often contradictory trends in society, and the subsequent new conditions, obligations and possibilities for museums.