NetworkWebinar | Defining the museum in times of change: a way forward 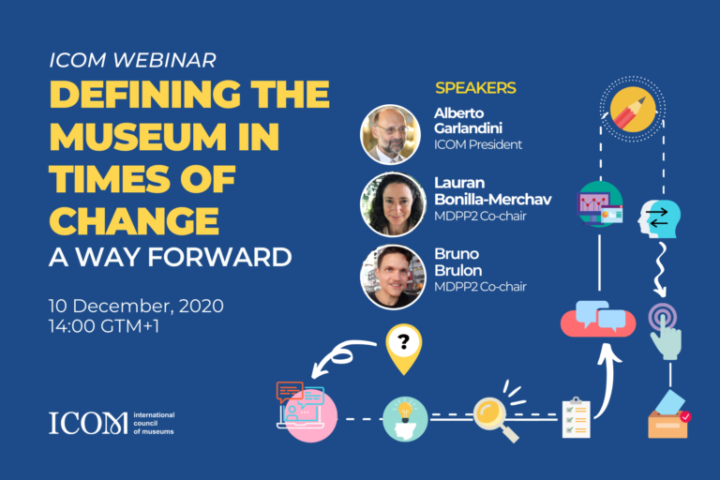 The Standing Committee for the Museum Definition, Prospect and Potentials 2 (MDPP 2) is ready to launch the new process of exploring a new museum definition.

On December 10 at 14:00 UTC+1, MDPP2 will present the methodology in the public webinar “Defining the museum in times of change: a way forward”. The webinar will be conducted by the two newly appointed co-chairs, Lauran Bonilla-Merchav and Bruno Brulon, and ICOM President Alberto Garlandini, and it will describe the various stages of the methodology to encourage members and Committees to actively participate in the process of creating a new museum definition proposal.

The webinar will be will be streamed with simultaneous translation in French, English and Spanish. 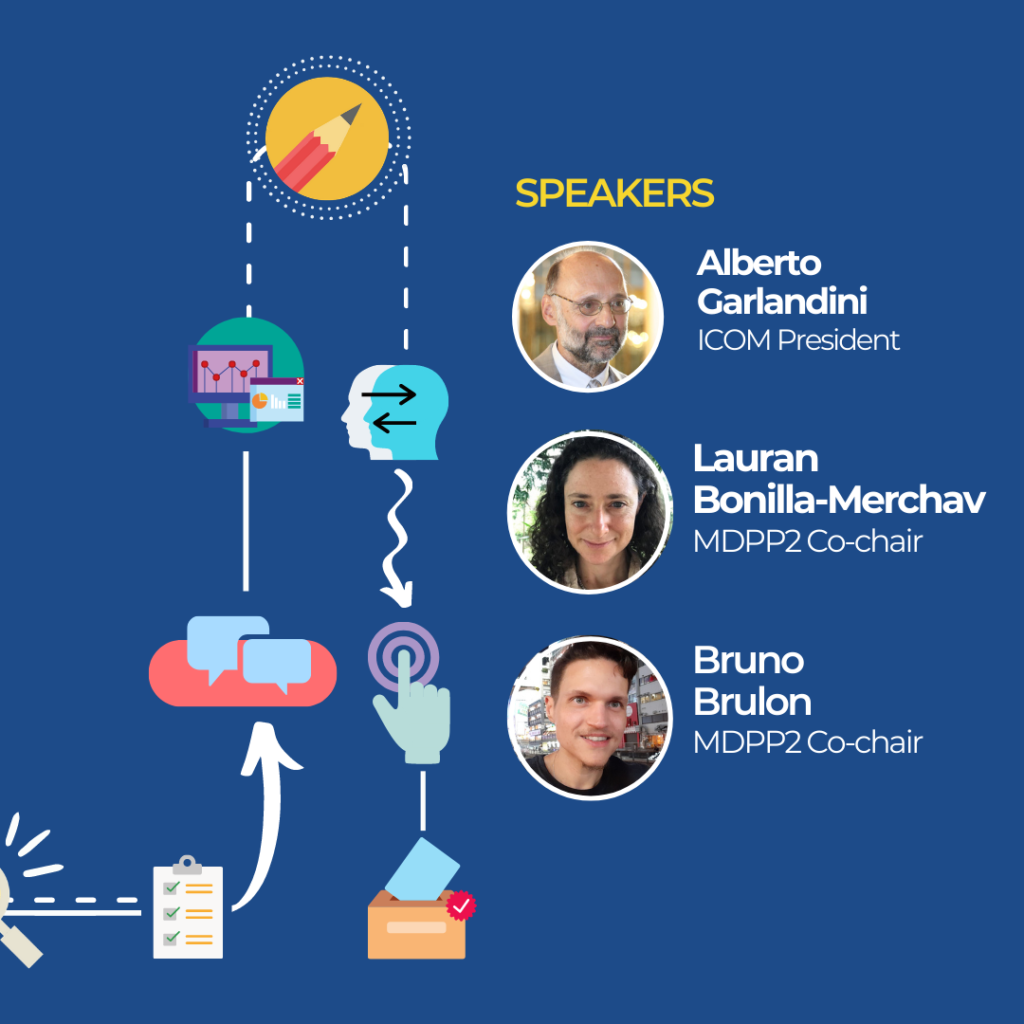 Alberto Garlandini is a museologist and expert in the management of cultural heritage. He is President of ICOM and has held several functions within the organisation since 2005, including Chair of ICOM Italy and Chair of the Organising Committee of ICOM Milan 2016.  He is on the Board of Directors of the National Museum of Palazzo Ducale in Mantua, President of the Scientific Committee of Trento’s Museo delle Scienze, member of the Scientific Committee of Brescia Musei Foundation, President of the Abbonamento Musei Association. He delivers lectures at universities and international conferences and has been widely published in Italian, English, French and Spanish.

Lauran Bonilla-Merchav is part of the Art History Department of the University of Costa Rica. She is also adjunct professor of Humanities and Tourism studies at the Liberia branch of the National University of Costa Rica. She received her BA from Barnard College, Columbia University and her PhD in Art History from the Graduate Center at the City University of New York (CUNY). She was chair of ICOM Costa Rica from 2013-2019 and is currently treasurer of her national committee and treasurer of the Regional Alliance of Latin America and the Caribbean (ICOM LAC). She is a member of the Steering Committee of the EU-LAC Museums project and has been part of the Museum Definition, Prospects and Potentials (MDPP) Standing Committee since 2017.

Bruno Brulon is Professor of Museology at Federal University of the State of Rio de Janeiro (UNIRIO) and professor in the Post-Graduate Program in Museology and Heritage (UNIRIO/ MAST) in Brazil, where he coordinates the Research Group Experimental Museology and Image (MEI). He was Vice-Chair of the International Committee for Museology (ICOFOM) since 2013. Between 2014 and 2019 he coordinated the Special Project History of Museology, an ICOFOM project with the support of several universities throughout the world. He is currently ICOFOM Chair, and he coordinates the Special Project Museums, community action and decolonisation.