FocusClimate Change and Copyright Laws: the Challenge of Safeguarding Our Heritage 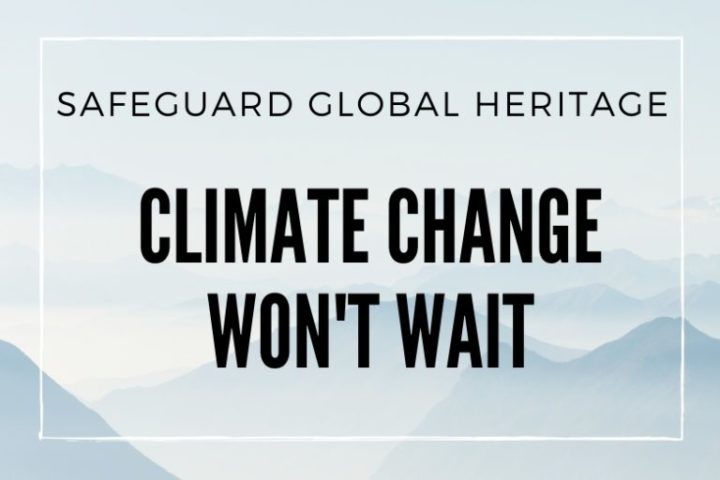 Today, the survival of the world’s cultural heritage is at stake in the face of the ever-increasing threat of climate change.

Coastlines are threatened by rising sea levels, severe storms and coastal erosion; on land hurricanes and heavy rains will have disastrous effects. Increased precipitation and salinity can weaken building structures and aggravate the risk of soil fragility. Drought exacerbates the risk of fire.

Thus, some museums are forced to temporarily close their collections so that the high temperatures do not damage their works, others are exposed to rising waters (all museums near the coasts or museums in the Pacific islands in particular) or river floods (such as museums in Paris or Venice). The forest fires that devastated California in the fall of 2019 and Australia earlier this year threatened many cultural institutions, forcing some museums to move their collections to prevent their disappearance.

As collections from museums, libraries and archives face the threat of climate change, it is the life, history and identity not only of a community but also of humanity that are in danger of disappearing. Therefore, a crucial factor in mitigating climate change rests in the effort to preserve our heritage.

Considerable efforts are being made by museums around the world to put in place response and risk management measures. These should also be accompanied by preservation copies through digitisation and storage in the cloud to ensure the survival of the work, as well as providing a support for restoration. Where works are held in countries, there must be an exception to copyright that allows copies to be made. To accomplish this, museums must be supported by appropriate copyright laws.

The challenge of copyright for the preservation of heritage

When museums do not own the related copyrights, they are required to seek permission from rights holders, and possibly need to pay for it. This also applies to preservation issues, except where a country benefits from limitations and exceptions allowing museums to make preservation copies. 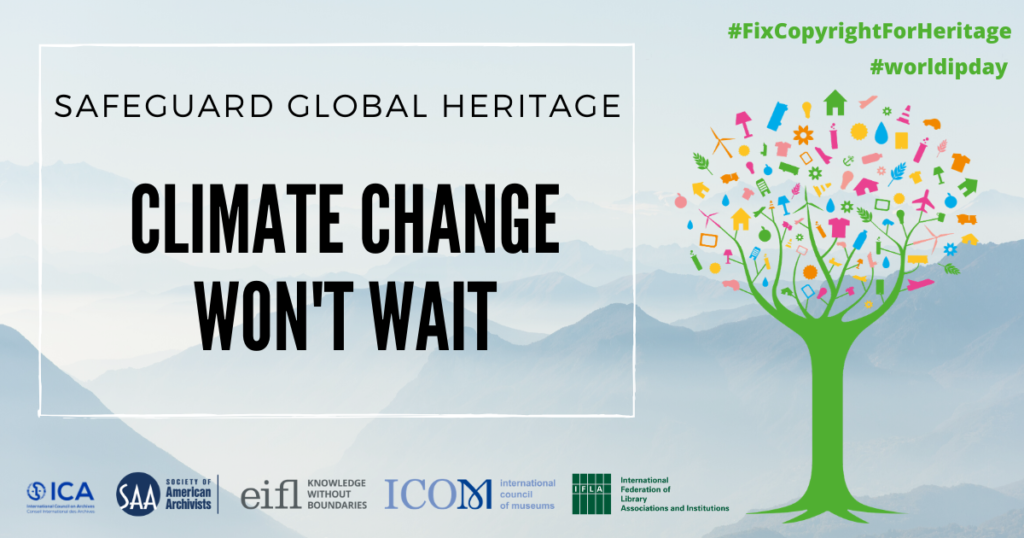 In 2019, the World Intellectual Property Organization (WIPO) conducted three regional seminars (in Singapore, Nairobi and Santo Domingo) to analyse the situation of libraries, archives and museums, as well as educational and research institutions, with respect to the limitations and exceptions regime. The results of these meetings demonstrated the extent to which museums were the least supported by their national laws to make preservation copies. This is due to either non-existent laws or legal uncertainty. In 2019, the European Union adopted a directive allowing an exception for preservation copies, but this measure is applicable only to one part of the world and is therefore limited. This inequality and disparity is exacerbated by the lack of international and national action which hinders museums from fulfilling their mission of preserving our cultural heritage while ensuring cross-border cooperation.

For these reasons, ICOM has been advocating at WIPO since 2014, alongside with the International Council on Archives (ICA) and the International Federation of Library Associations and Institutions (IFLA), to make the voices of museums heard and to obtain international copyright laws that can respond to the specific copyright issues faced by heritage institutions.

An opportunity to make our needs heard is this year’s World Intellectual Property Day (organised every year by WIPO on 26 April) which focuses on innovation for a green future. ICOM with IFLA, EIFL (Electronic Information for Libraries), ICA and SAA (Society of American Archivists) have drafted a call for action to encourage WIPO and all copyright decisions-makers to take action, at the national and international level, to ensure that libraries, archives and museums can preserve our cultural heritage and common knowledge before it disappears due to the devastating effects of climate change.