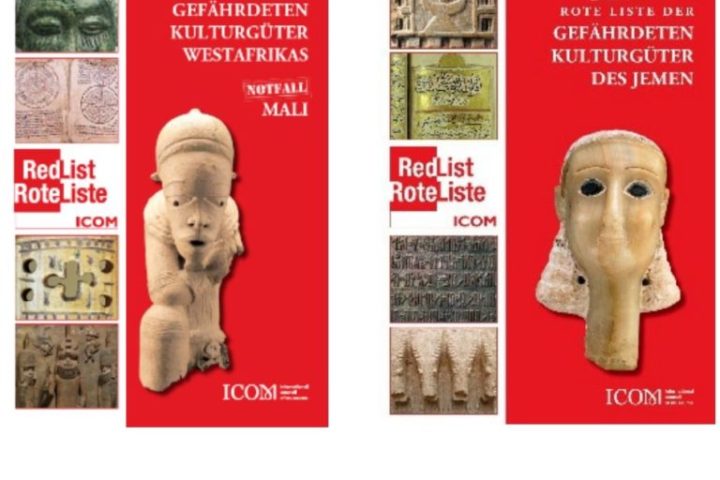 The Red Lists classify the endangered categories of archaeological objects or works of art in the most vulnerable areas of the world, in order to prevent them from being illegally sold or exported. They therefore contribute to the protection of cultural heritage in the concerned countries.

These tools are used by police and customs officials worldwide, including INTERPOL and the World Customs Organization. Red Lists are also distributed to museums, auction houses and art dealers.

The event will be preceded by a guided visit of the collection of the museum and followed by a round table with the participation of experts in African and Yemeni cultural goods as well as specialists of the fight against the illicit trafficking of cultural property at international level.

The Director General of ICOM Secretariat and representants of ICOM Switzerland will be there to introduce the German version of the two Red Lists.

These translations have been made possible thanks to the generous contribution of the Swiss Confederation, Federal Office of Culture (FOC), the Economic and Monetary Union of West Africa (UEMOA) and the U.S. Department of State.

The interest of a country in translating the Red Lists of cultural objects originating from other countries in its own language shows the strong will and determination of the museums’ sector to protect all cultural goods from all around the world.