International Museum Day : launch of the Swedish translation of ICOM’s Red List for Syria and Iraq 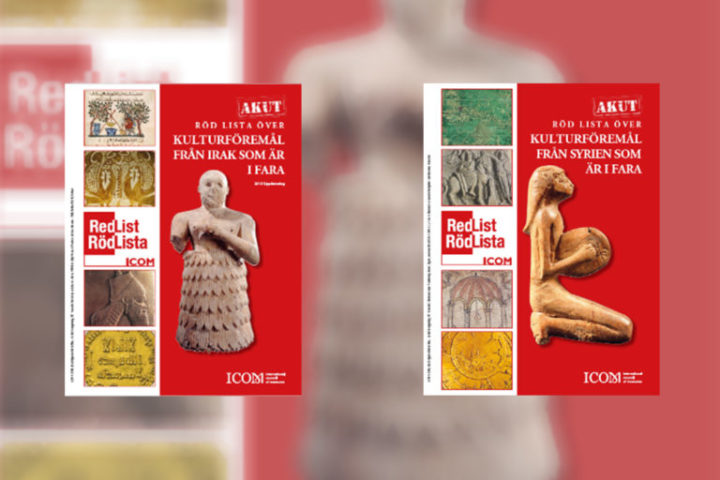 The Red Lists are one of the most important ICOM tools to fight against illicit trafficking of cultural goods.

They provide categories of endangered archaeological objects or works of art in the most vulnerable areas of the world, in order to prevent them from being sold or illegally exported. In order to reach their goal to help police officers and to raise awareness among professionals involved in the circulation of cultural goods, Red Lists are published in different languages to facilitate their use and distribution all over the world. As of today, ICOM’s Red Lists are translated into 15 different languages.

The 18th of May, during the International Museum Day, the Swedish translation of the Iraqi and Syrian Red Lists will be launched at the Medelhavsmuseet (The Museum of Mediterranean and Near Eastern Antiquities) in Stockholm, Sweden.

The event will be preceded by a seminar on “Endangered Cultural Heritage” focused on Afghanistan, Iraq and Syria, with the intervention of national and international experts of the field.

The Chair of ICOM Sweden and a representative of ICOM Secretariat will be there to introduce the Swedish version of the two Red Lists.

These translations have been made possible thanks to the generous contribution of Världskulturmuseerna (the National Museums of World Culture), a Swedish Government Agency under the Ministry of Culture. The interest of a country in translating the Red Lists of cultural objects originating from other countries in its own language shows the strong will and determination of the museums’ world to protect all cultural goods from all around the world.