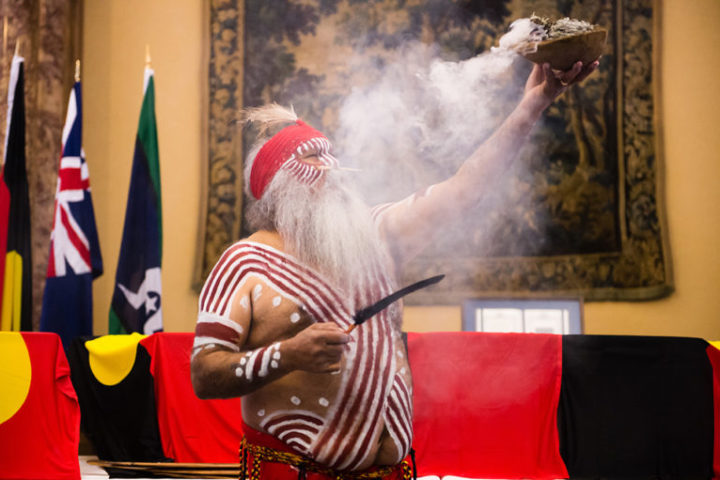 This is an extract of the article ‘National and international legislation’ by Lynda Knowles, originally published in The Future of Natural History Museums, edited by Eric Dorfman.

The deep spiritual connection most indigenous communities have for their dead, including reverence for ancestors and the cultural necessity to return them home, is well-documented by anthropologists.

Perhaps nothing exemplifies twentieth-century jurisprudence more than the emergence of codified human rights. While norms and mores surrounding human rights existed long before the end of World War Il, that conflict galvanized the global community to enshrine certain basic individual and societal rights as fundamentally human and universal. The United Nations Charter is the foundational treaty for the UN (UN, 1945). Under the charter, member states with territories “whose people have not yet attained a full measure of self-government” agree that “the interests of the inhabitants of these territories are paramount,” and that a “sacred trust” exists to ensure due respect for “culture of the peoples concerned” (Ch. 11, Figure 73, in this volume).

Several years later, on 10 December 1948, the Universal Declaration of Human Rights (UDHR) took up these same themes. Issued in Paris, the UDHR asserts that every individual is entitled to all the rights and freedoms set forth in the declaration, without regard for the international status of a country or territory to which a person belongs, be it independent, trust, non-self-governing, or under any other limitation of sovereignty (UN, 1948, art. 2). While neither the UN Charter nor the UDHR address repatriation per se, the notion of respect for the rights of indigenous cultures as cultures within cultures is firmly entrenched in these documents.

On 13 September 2007, the UN adopted the United Nations Declaration on the Rights of Indigenous Peoples (UNDRIP) (UN, 2007). Although nonbinding, it establishes international customary norms for indigenous rights. While the 1970 UNESCO and 1995 UNIDROIT conventions address Western norms of property rights, UNDRIP focuses on human rights. Some have argued that property rights are human rights and that any such distinction between the two is unhelpful (Hutt, 1998). UNDRIP asserts that indigenous peoples are given the right to practice and revitalize their cultural conditions and customs, the right to the use and control of their ceremonial objects, and the right to the repatriation of their human remains (UN, 2007, art. 12, sec. 1). Under UNDRIP, states seek:

“to enable the access and/or repatriation of ceremonial objects and human remains in their possession through fair, transparent and effective mechanisms developed in conjunction with the indigenous peoples concerned”. (Figure 12, sec. 2)

Repatriation of human remains to indigenous communities is, therefore, a growing legal issue that natural history museums cannot afford to ignore. States and museums alike have taken great strides in developing mechanisms for addressing the human rights concerns related to this issue, but there is a great deal of flux in this area, as is discussed below.

The Native American Graves Protection and Repatriation Act (NAGPRA) is a US law enacted in 1990 (NAGPRA 1990). It has no international application. In the words of Senator Daniel Inouye, NAGPRA is “not about the validity of museums or the value of scientific inquiry. Rather, it is about human rights” (Trope, 2013, quoting Inouye, para. 1). The law involves ongoing and consultative efforts between Native American tribes and museums. Much has been written about NAGPRA’s track record in other publications. Its influence on the efforts of indigenous communities in other countries continues to evolve. The NAGPRA Program is operated through the US Department of the Interior (US DOI, 2017). While the Native American community has asked the US Department of Justice and the State Department for assistance with international repatriations, more could be done (National Congress of American Indians [NCAI], 2012).

During the late nineteenth and early twentieth centuries, human remains and objects from Australia’s indigenous communities were sent to natural history museums in other parts of the world. The Australian government and its museums have been developing agreements and programs with other countries to facilitate the return of human remains. These include the Indigenous Repatriation Program, a program administered by the Australian Ministry of Arts, whereby funds are provided to Aboriginal and Torres Strait Islander organizations and major Australian museums to facilitate the return of ancestral remains. The cost of international repatriations is met directly by the Australian government. Making reference to UNDRIP, the official policy statement on the indigenous repatriation asserts that repatriation:

“acknowledges the wrong done… and allows the ancestors to finally rest in peace in their homelands. It recognises the unbreakable bond, customary obligations and traditional practices between the living, the land and the dead”.

The United Kingdom and Europe

The Recommendations for the Care of Human Remains in Museums and Collections, published by the German Museum Association in April 2013, acknowledge that in repatriation:

“questions of ethics and human dignity are omnipresent. At the same time, man’s interest in mankind is also the starting point for the great importance of research”. (Deutscher Museumsbund, 2013, p. 7)

The recommendations claim that UNDRIP does not, in itself, or as a matter of customary international law, require the return of human remains (pp. 38—40). They address the sensitivities of indigenous peoples but give them no standing to make repatriation claims, as they are not nation-parties to the 1970 UNESCO Convention (p. 40).

The Human Remains in Collection Policy issued by National Museums Scotland in 2016 refers to Scottish law that allows transfer of human remains to other appropriate entities, subject to a recommendation by the organization’s board of trustees and approval by the relevant Scottish ministers (NMS, 2016, s. 4.2). However, permanent transfers out of National Museums Scotland’s (NMS) collection must be considered on a case-by-case basis, with each request assessed on its own merits by the board of trustees (s. 4.2). It requires that the request is made by a national government with a clear endorsement from the community claiming the return of ancestral remains. Scottish museums have been noted for their responsiveness to repatriation issues (Curtis, 2010; NMS, 2016, s. 6.2). In France, national legislation must be passed for every repatriation, as items in French collections are deemed inalienable as a matter of national law (Cornu and Renold, 2010, p. 9). Such legislation has been successfully passed for the return of human remains to New Zealand, but the process remains cumbersome, and fears of the depletion of museum collections persist (Sciolino, 2012). “Under the [ICOM] Ethics Code, collections of human remains, and material of sacred significance should be acquired only if they can be housed securely and cared for respectfully”

Finally, human remains and materials of sacred significance must be displayed in a manner befitting professional standards and, where known, take into account the interests and beliefs of members of the community, ethnic, or religious groups from whom the objects originated (s. 4). Human remains must be presented with great tact and respect for the feelings of human dignity held by all peoples (s. 4.3). The ICOM Ethics Code also provides that “the possibility of developing partnerships with museums in countries or areas that have lost a significant part of their heritage should be explored” (s. 6.1); museums are also encouraged to initiate the dialogue for the return of cultural property. The latter:

“should be undertaken in an impartial manner, based on scientific, professional and humanitarian principles as well as applicable local, national and international legislation, in preference to action at a governmental or political level”. (s. 6.2)

Prompt restitution is appropriate if a specimen was transferred in violation of the principles of international and national conventions and shown to be part of that country’s or people’s heritage (s. 6.3). Taking these provisions as a whole, this forward-looking document calls for respectful dialogue with communities of origin within a context that recognizes humanitarian principles and international legislation.

“Given these recent legal and cultural developments, the repatriation of indigenous humans will most likely be considered a question of legal, human rights”

The ICOM Code of Ethics for Natural History Museums is specific to natural history museums and supplements the ICOM Ethics Code of Ethics for Natural History Museums (ICOM, 2013b). It, too, states that human remains can only be displayed with dignity and in accordance with the highest professional standards (s. l[c]). The origin of human remains, including the wishes of descendants or stakeholders, must be observed (s. l[bl). Where extant representatives of the cultural group exist, any display, representation, research, and/or deaccession must be done “in full consultation with the groups involved” (s. 1 [d]). If an object confers a spiritual and/or cultural significance, it may be repatriated only with the full knowledge and agreement of all parties and in compliance with applicable laws (s. 1 [g]). The Code of Ethics also requires thoughtful consideration of the wishes of cultural groups and the opportunity for full consultation in matters of spiritual and/or cultural significance (s. l[e]).

Given these recent legal and cultural developments, the repatriation of indigenous humans will most likely be considered a question of legal, human rights. The ethical obligations of museums, along with their own developing guidelines, mirror this development. Relationship building and continued dialogue with indigenous groups on issues of repatriation will be the norm for museums of natural history in the future.

Lynda Knowles is a United States attorney who has worked for the Denver Museum of Nature and Science since 2007. She is currently serving as Secretary for the ICOM Commiftee for Museums and Collections of Natural History. Ms. Knowles is a graduate of the University of North Carolina— Chapel Hill and the University of Denver Sturm College of Law, where she was Editor-In-Chief of the University of Denver Journal of International Law and Policy. She participates in the Sturm College of Law externship program as faculty and mentor and is a volunteer judge for cultural heritage and international law moot-court competitions at the University of Denver and DePaul University. She is a member of the U.S. Lawyers Committee for Cultural Heritage Property and the American Inns of Court-Intellectual Property, Colorado. She has written articles on fossil protection and the auction of Native American artifacts in Europe and has most recently served as a legal-review panelist for Rights and Reproductions: The Handbook ,for Cultural Institutions, co-published by the Indianapolis Museum of Art and American Alliance of Museums in 2015.

The Future of Natural History Museums, edited by Eric Dorfman and published by Routledge, is part of ICOM Advances in Museum Research, a new monograph series edited by ICOM. Natural history museums are changing, both because of their own internal development and in response to changes in context. The Future of Natural History Museums considers these changes and the reasons behind them and begins to develop a cohesive discourse that balances the disparate issues that our institutions will face over the next decades.