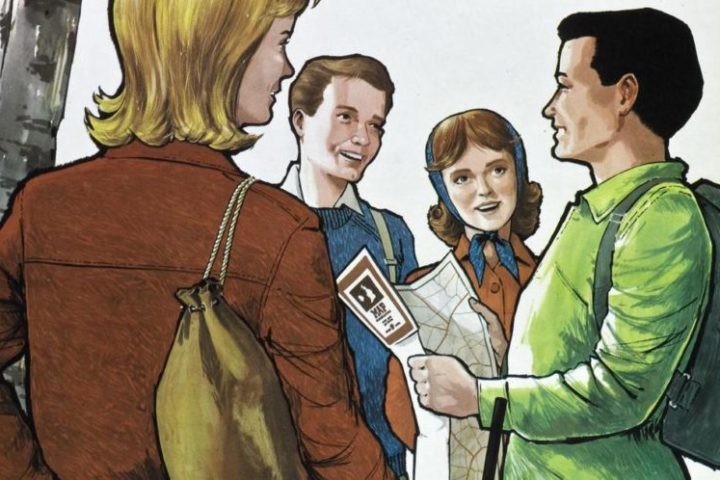 At the opening of the new Science Museum Medicine Galleries, London, in 2019, I was particularly struck by a poster that displayed the phrase “Normal people don’t need drugs”. It is dated from 1965-1969 and was distributed by the UK Central Council for Health Education. While this poster was distributed to promote a healthy lifestyle by rejecting drug abuse, it struck me that it could also be referring to someone who has been reliant on medicinal drugs to survive a long-term invisible illness. I thought: How do medical collections address the stories of those whose medical conditions cannot be physically represented? How can we represent invisible illnesses and disabilities in museums?

Museums with anatomical and medical collections in the United Kingdom have been at the centre of questioning about what it means to be human, and the ways museums can represent illnesses and disabilities in an ethical, emotional and engaging way. Past approaches to disability and ill-health in medical museums have included unethical and derogatory approaches to consent and representation. This forced a recent rethinking of the purpose of medical collections and how they interpret diverse abilities and varying spectrums of healthiness. For example, until its recent temporary closure, the Hunterian Museum in London displayed the skeleton of Charles Byrne, an Irishman born in the 18th century who had a genetic condition called gigantism. Prior to his death, he expressed the desire to be buried in the sea, but instead, his body was snatched and then acquired by surgeon John Hunter. On the latter’s death, Byrne’s body became part of the Hunterian Museum of Anatomy. In numerous museums, human remains are allegedly displayed for educational purposes, without considering the message this sends to disabled visitors or those suffering from invisible illnesses.

To counter this, in February 2020, the Wellcome Collection and the Research Centre for Museums and Galleries at the University of Leicester, published a toolkit outlining an ethical approach to interpreting disability and difference in museums. The toolkit confirms that disabled people’s stories remain largely absent in museums and that “where they do appear, they are often portrayed in ways that reflect deeply-held, negative attitudes towards physical and mental difference”. The social model of disability proposed in this toolkit moves away from the professional medical perspectives and instead, focuses on lived experiences and individual voices. Through diverse perspectives and personal stories, it offers authentic portrayals of illnesses and disabilities and reveals that it is in fact society that disables people. This model was successfully used in the new Wellcome Collection Being Human galleries, which the press has cited as “the world’s most accessible museum”. As Curator Clare Barrow noted, “Our understanding of what it means to be human is being transformed not only by new research, but also by the voices of those with diverse identities and experience”.

When illnesses and disabilities are invisible, and when they are contested, how can museums represent them? How can they make the invisible visible? This is the premise of The Lyme Museum Project, a virtual museum making the invisible visible. Lyme disease is caused by a bacterium carried by ticks, which can cause severe infections. Scientists believe that chronic Lyme disease could affect two million people in 2020. However, because chronic Lyme disease is hard to diagnose and is being denied in many countries, it has been made invisible, especially in museums. This project uses the social model of disability and storytelling to address the question of body normality and healthiness, and to give a platform to those who have been rendered voiceless.

Other projects have explored the representation of the invisible. The exhibition Many Faces Of Our Mental Health (2018) at Boston’s Museum of Science held a photographic display, representing individuals with mental illnesses. Another project that uses artworks to represent the invisible is Illuminating the Self, an exhibition at Hatton Gallery by artists Susan Aldworth and Andrew Carnie, in response to research into developing a new treatment for epilepsy, from the human perspective of living with it.

By collecting stories and objects from those who are suffering from invisible illnesses and whose voices have been silenced, these projects challenge and disrupt the narrative. Museums are about stories, and stories are about being human. It is time for medicine museums to represent the entire spectrum of human conditions, even the invisible.

For more information about the Lyme Museum Project click here.

The toolkit, “An ethical approach to interpreting disability and difference” can be downloaded on the “Disorder, dissent and disruption” page of the Research Centre for Museums and Galleries (RCMG) website

“Is this the world’s most accessible museum?”, The New York Times, 11 September 2019