ConferenceOECD Venice conference posits culture as a lever for economic development, wellbeing and a sustainable future 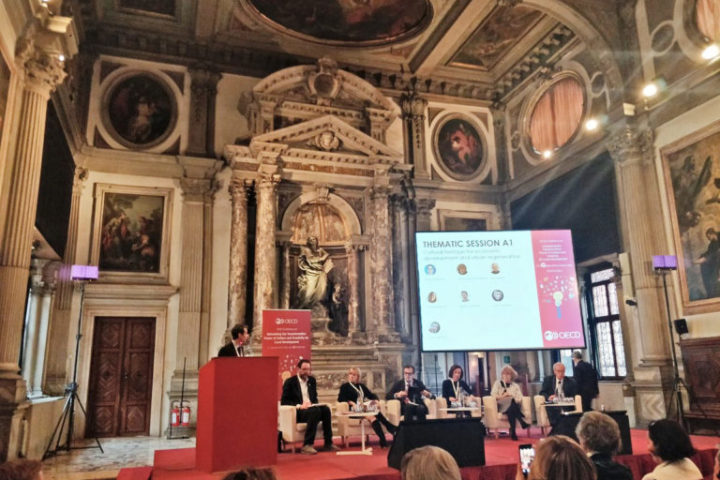 During the event, the jointly published OECD-ICOM Guide for local governments, communities and museums was launched. This guide is intended to facilitate and foster exchange between museums and local governments to enable them to develop and implement local policies for a more sustainable future.

The OECD conference held in Venice on 6 and 7 December brought together museum and heritage professionals, economists, academics and policy-makers to discuss the transformative impact culture can have on local economies. The City of Venice was a fitting backdrop for these discussions, and guest speaker Mayor Luigi Brugnaro spoke of the city’s aims to combat overcrowding with sustainable tourism policies and the revitalisation of the city’s living heritage.

‘Art and culture are not just the expression of our finest human values and identities; they are often the “invisible universals” that hold communities and societies together,’ were OECD Secretary General Angel Gurría’s opening remarks. He added that culture should be the fourth pillar on the UN’s sustainability agenda.

During the first plenary session, panelists discussed the ways in which cultural and creative engagement can lead to well-being and encourage social cohesion, as well as fostering economic growth and regeneration in cities and regions. In his keynote address, Pier Luigi Sacco, Senior Researcher at MetaLAB (at) Harvard and Special Advisor to the European Commissioner for Education, Youth and Culture, Italy, spoke about how participation in cultural activities can help to create bonds across society, and nurture greater resilience among communities.

Maximising the impact of cultural heritage on local development

A thematic session co-hosted by ICOM on the theme of Cultural heritage and local development: Maximising the impact began by  culture- and museum-led strategies to boost economic development, innovation and urban regeneration. Among the panelists, Chair of ICOM Poland Dorota Folga-Januszewska spoke of museums’ ability to stimulate regional changes, giving diverse examples, from the Guggenheim in Bilbao, Spain, to the Markowa Ulma-Family museum in Poland. Juliette Guépratte, Director of Strategy at the Louvre-Lens Museum, France, discussed the museum’s outreach strategies and its commitment to engaging and involving the local community.

Joana Sousa Monteiro, Chair of ICOM’s International Committee on Museums of Cities, moderated the first day’s concluding session, dedicated to the potential partnerships between local governments and museums for education, wellbeing and inclusion. Nathalie Bondil, C.Q. Director General and Chief Curator at the Montreal Fine Arts Museum, explained how a select group of doctors in Canada can now prescribe a visit to the museum for patients with various ailments. ‘We are just at the beginning of understanding the impact of art and culture on our wellbeing,’ she commented.

The plenary session Building local growth and well-being through culture: A new agenda for local governments began day two. Lina Botero Villa, Secretary of Culture for the City of Medellin, Colombia, provided a concrete example of the transformative power of culture in Medellin, which went from being one of the most violent cities in the world to a vibrant, cultural hub. This was thanks to cultural projects and policies that were co-constructed with the local communities. Luca Bergamo, Deputy Mayor of Rome, Italy, also highlighted the importance of grassroots processes, citing the pedestrianisation of Rome for its New Year’s Eve event to create the conditions for greater social interaction between residents.

Geoff Mulgan CBE, Chief Executive at the UK National Endowment for Science Technology and the Arts (NESTA) referred to the loneliness epidemic in the UK, which is prompting health professionals there also to prescribe participation in culture. He also raised the point that beyond developing culture professionals’ leadership capabilities, we should consider training political leaders.

Summing up the two-day conference, OECD Co-ordinator of Culture, Creative industries and local development, Ekaterina Travkina, said: ‘With this conference we wanted to tell a story: how culture can transform our cities.’ She added that the intended audience were policy makers and that she hoped that the partnerships forged with ICOM, UNESCO and the British Council were just the beginning of a new story.

ICOM partners with the OECD to develop a Guide for Local Governments, Communities and Museums 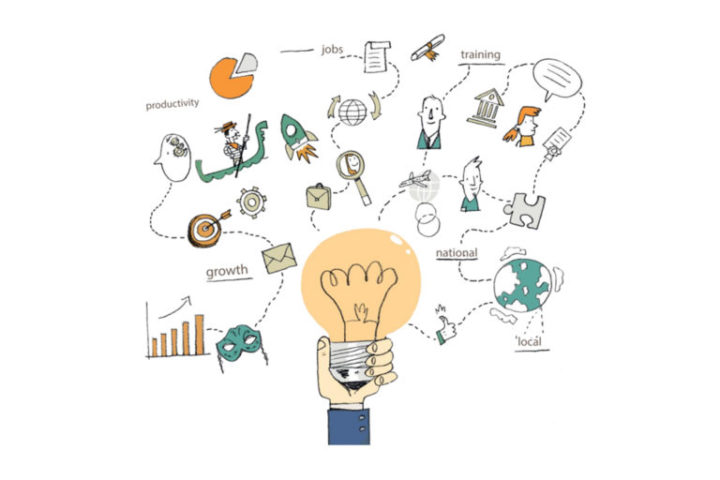