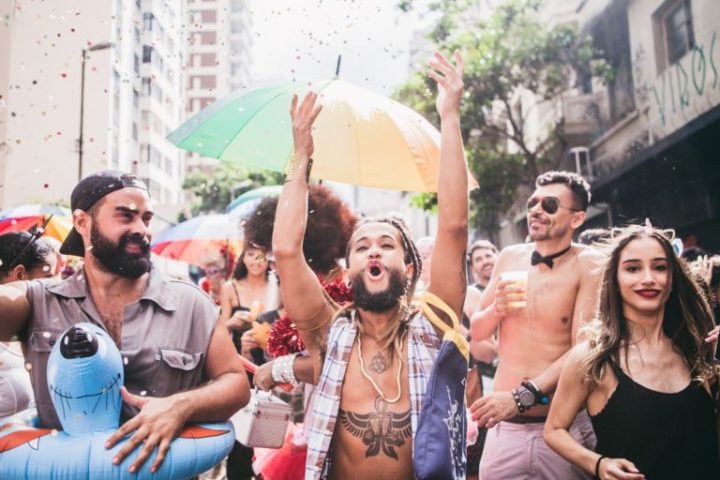 Director of the Museum of Sexual Diversity, São Paulo, Brazil

For this fortnight’s ICOM Voices article, we are delighted to share with you an extract from the opening article of the latest issue of Museum International, on LGBTQI+ Museums. In his contribution, ‘A Strange Queer Body: the Museum of Sexual Diversity in São Paulo, Brazil’, Franco Reinaudo takes us on an inspiring journey of LGBTQI+ activism in his native São Paulo, Brazil, from the 1960s to today. From its oppressive beginnings marked by hostile governments and the AIDS epidemic, to the organising of a first Pride Parade and LGBT Archive, culminating in the opening of the Museum of Sexual Diversity in 2012 and several successful exhibitions, the author gives a personal account of the highs and lows of that journey, and the vision that drove him, together with the local LGBTQI+ community, to strive for greater diversity, inclusion and human rights in Brazil’s largest city.

The full article is free-to-access for a limited period for the general public, in English, French and Spanish.

ICOM members can continue to read the full issue and journal archive free of charge on their member space.

We hope that this article will pique your curiosity and inspire you to dive into the rich and diverse range of articles in LGBTQI+ Museums.

Brazil is historically a rather LGBTQI+-phobic country. The number of hate-motivated murders perpetrated there is staggering, something on the order of 400 a year1; suicides and brutal aggressions are also common. The country was late to join the global movement towards LGBTQI+ visibility and rights. While gays, lesbians and trans people in the northern hemisphere started fighting for their rights in the 1960s, South America was dominated by military dictatorships during this period.

From 1964 to 1985 in Brazil, the generals in power displayed hostility towards sexual minorities, encouraging police persecution against anyone who did not conform to normative sexual behaviours. Under the vague law that allowed punishment for ‘offending public morality’, police officers harassed LGBTQI+ people on the streets, in bars, and wherever else they felt compelled to. The 1970s and 1980s were especially challenging times for those attempting to launch any sort of social movement, since leaders could be imprisoned and persecuted without legal defences.

During the period, some gay and lesbian groups were present, but they did their timid work clandestinely. Between 1978 and 1981, a cohort of intellectuals managed to publish an influential newspaper, Lampião da Esquina2, which offered in-depth discussions around culture, prejudice, sexual orientation, and banned books. The creators showed tremendous bravery, as the few newsstands that agreed to sell the paper were sometimes bombed by paramilitary groups.

When a civil president came to power in 1985—albeit appointed rather than elected—there was some respite from persecution. Unfortunately, at that time, AIDS hit the gay community hard, killing some 25,000 people in Brazil in the first decade of the epidemic. In the beginning, Brazilian society was only too happy to call it the ‘gay plague’ and presume that it was limited to ‘groups at risk’, that is, male homosexuals. Many LGBTQI+ people went back into the closet, fearful of losing their jobs and suffering discrimination. Some young men were even rejected by their families when they began showing AIDS symptoms like Kaposi’s sarcoma.3

Read the full article in English.

1 According to the annual report from Grupo Gay da Bahia (Gay Group from Bahia), violent deaths of LGBTQI+ people amounted to 445 in 2017, 420 in 2018, and 329 in 2019. Please note that these numbers are not official, and the year-over-year decrease may reflect underreporting rather than an actual drop in violence. Retrieved from https://grupogaydabahia.com.br/ relatorios-anuais-de-morte-de-lgbti/ [Accessed 18 September 2020].

2 The name means ‘Corner Lantern’, a reference to Lampião, a famous and violent criminal from northern Brazil, and alluded to the fact that gays ‘hunted’ for sex partners on street corners. See: https://www.grupodignidade.org.br/ projetos/lampiao-da-esquina/.