ICOM VoicesWho Includes Whom? Listening, Before (Story) Telling in Museums 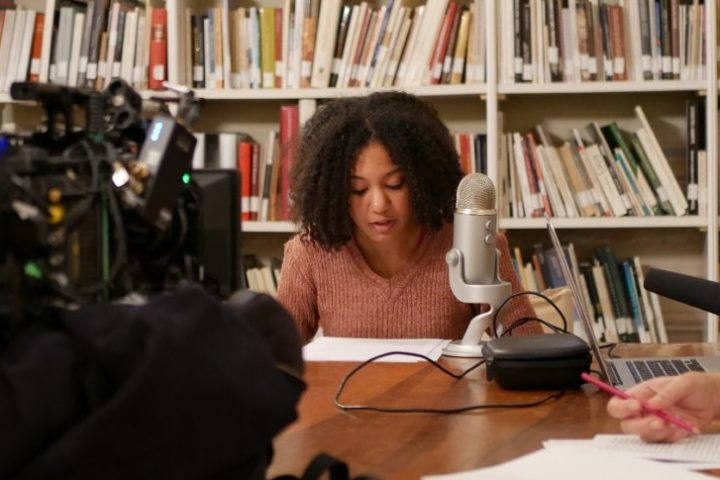 Listening as a tool for intercultural and social dialogue

The art of listening seems to be a key skill for our times, in response to a dominant ‘us and them’ narrative which fails to take into account human diversity.
Intercultural dialogue is called for to remove emphasis from the question of mere ‘ethnicity’ – not to deny its importance, but, on the contrary, to take ‘diversity’ as a constitutive datum for each society. It is a framework to create a sense of belonging and shared civil objectives, public spaces and platforms for dialogue. How can museums play their part in this scenario?

Museums as cultural and social mediators

Experiments carried out in the last decade focusing on the relationship between museums and immigrants, refugees or asylum seekers have shown great potential despite their imperfections. When assessing the representation of the ‘other’, which sums up migration, it is important to analyse the work of institutional or independent structures which place the act of listening within a broader framework of post-colonial, gender and queer studies, and accessibility measures among others.
Projects initiated by museums to stimulate intercultural and social dialogue to include minorities – migrants, refugees or asylum seekers, today, can be drawn from cultural fields such as music, performance, literature, blogging, language teaching, public history, and so forth.

An example of a cultural institution that has chosen to build intercultural and social connections through listening is the Museum Rotterdam. When it was revealed that a construction site was being opened in front of its headquarters, the Museum Rotterdam agreed to place a prefabricated building next to it to house a canteen: the museum curators therefore had lunch for some time with the builders, mostly Bulgarians, and even hired a cook for this purpose. The premise was, if your mission as a museum is to be a ‘city museum’, then you better meet with the city’s residents. Ask, and listen to the answers.

Another example is the award-winning Multaqa project, promoted in the aftermath of the Syrian war by five state museums in Berlin, and later adopted by other international institutions. The Multaqa project aims to encourage intercultural dialogue between Germany and Syria by training refugees to become museum guides. These guides set up discourses and tours focussed on the artefacts interpreted through their own professional lenses. Again, listening is paramount here: the project is based on a profound inter-exchange process in which knowledge and perceptions of both German and Middle-Eastern cultures and histories are shared and discussed between all participants, in an ongoing process of mutual understanding.

Can the museum be a homeland?

If museums fail to listen to their different audiences’ needs, their agency will be weakened, and in the end, will appear irrelevant. On the contrary, museums that get involved with their communities can be temporary homes for many: for caregivers who work in private or retirement homes and who could benefit greatly from tailored programmes during rest hours; for those who aspire to obtain citizenship of the country they live in – as demonstrated at the Tenement Museum and the New York Historical Society, which organised naturalisation ceremonies for its employees; and for international students, as seen in the Musei Civici di Venezia and the Museo Popoli e Culture in Milan, where they propose language courses for non-native speakers.
Museums can also act as ‘neighbourhood museums’, promoting local communication and cohesion on the model of local libraries, which often play the role of social ‘outposts’ facilitating cohesion among different generations and needs. They can tackle the themes of prejudice and stereotypes, which are compatible with diversity, as demonstrated by the anti-stereotypes toolkit designed by ABCittà with the contribution of the Cariplo Foundation as part of the “Museums and Stereotypes” project. This project was created to support critical research on the most common stereotypes in museums: it consists of a series of activities aimed at favouring critical observation and socialisation within working, training and professional groups.

The Factories of Stories project

Can only art historians provide interpretation? When somebody else takes the floor, under which conditions can he/she provide a different angle? The recent experience, Factories of Stories, at the Uffizi Galleries in Florence aims to enhance and open up interpretations rather than selecting segments from an ‘imagined public’. Through a series of podcasts written by Italian and international citizens of Florence from the old and new generations, 12 works from the collection are re-interpreted. The texts give the opportunity to explore possible meanings that would not have been identified otherwise. Read in their native language by the participants and in Italian by famous actors, these interpretations constitute technical tests for a ‘universal vision’, in which the idea of being located in time and space melts into a universal, transversal dimension.

In the present times, characterized by a growing emphasis on the role of frontiers and walls – both physical and metaphorical – as the only means for a misunderstood form of “self-defence”, museums can play a role in fostering greater intercultural comprehension, going beyond the mere issue of security. When the right to citizenship is often transformed into an electoral weapon, listening can represent a powerful antidote to populism. In times of economic crisis, where museums’ budgets are dramatically reduced, it is important to focus on the only practice that might enable us to design better, more relevant programmes in the future, starting from a stronger social connection.

More information about the Museum Rotterdam

More information about the Multaqa Project

More information about the Museums and Stereotypes project