ICOM Voices Diversity and Inclusion: Envisaging the Future of Museums on the Expedicion Bogotanica 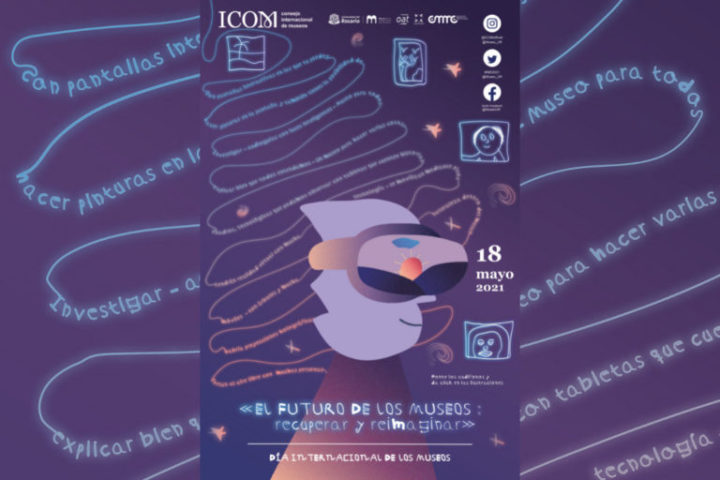 For International Museum Day 2021, whose theme was The Future of Museums: Recycle and Reimagine, the Universidad del Rosario Museum (Bogotá, Colombia) joined forces with the teams of the Expedición Bogotánica to address this subject with students with intellectual disabilities aged between 18 and 25. These students were enrolled in the Options and Support training programme for the Transition to Adult Life for Young People with Intellectual Disabilities (OAT), run by the non-profit organisation Corporación Transiciones Crecer and the Universidad del Rosario.

One of the focus areas of the OAT Programme is accessible and inclusive cultural tourism, through a project named Expedición Bogotánica. This travelling open classroom is an innovative teaching programme based on interpretation in museums and heritage sites in Bogotá, inspired by the Royal Botanical Expedition to New Granada and headed up by the scientist José Celestino Mutis (1783-1816). The Royal Botanical Expedition to New Granada project allowed Mutis to produce around 7,000 illustrated plates of the species encountered during the 30 years of the Expedition. This made it possible, for the first time, for the flora that existed in the Viceroyalty of New Granada to be rediscovered, tested, recorded and illustrated.

The key message was the importance of taking another look at the surprising cultural and natural heritage to be found in Bogotá’s museums, offering new ways of interpreting and understanding the legacy of the Botanical Expedition, led by Mutis, and their relevance in tackling the challenges of the 21st century.

The Universidad del Rosario Museum, with its ancient cloister, has been an educational institution since 1653, and is a focal point in the heritage route of the Expedición Bogotánica. It is also the headquarters of the programme and the starting point to discover other museums in the historic centre of Bogotá.

The creation of the poster for International Museum Day 2021

Since March 2021, the teachers in the OAT programme at the Universidad del Rosario created two virtual sessions to address questions about the future of museums in preparation for International Museum Day. This activity involved a first part that briefly described the museums of the past and those of today. The second part consisted of brainstorming about the future of museums and compiling the ideas that emerged, both in written and illustrated form. The students shared their impressions of what a museum should be, recalling their own experiences in the museums they have been regularly visiting in Bogotá since 2017. Before the pandemic, the participants in the programme carried out heritage interpretation activities in the presence of the general public, which included museum educators, visitors and university students.

During the sessions of March 2021 the teachers included a sensory activity. For the virtual session, they showed photographs of the group of students conducting interpretation exercises in the museums of Bogotá. The directors then asked the students to close their eyes and ponder the following questions: What do they imagine a museum to be? What sounds are there? What does it smell like? What sensations did they have?

Some of the students imagined the sound of water in the Museo del Oro; the voice of the guide; the story behind the items; the song of the birds and the smell of nature in the Casa de la Moneda; the sounds of the birds, animals and Indigenous tribes in the Museo de la Independencia; and the scent of the flowers in the gardens of the Universidad del Rosario Museum.

An interpretation followed this exercise: the students had to draw or write down how they remembered the museums. After seeing what each person drew or wrote, a group result was put together, answering the following questions: How do we want the museums of the future to be? What would we like to see there?  In response, the young people proposed a few different ideas:

Using these ideas, which were recorded during the sessions, the young people created illustrations and texts to personalise the poster for International Museum Day 2021, designed by ICOM.

To create the poster, the OAT teams joined the university museum and the Corporación Mundial de la Mujer, an organisation that supported the project by proposing social and inclusive design strategies. Thanks to this alliance, joint creation workshops were set up, allowing the young people to express their diversity and creativity. Reflecting on inclusion and advances in digital technology, an interactive poster was proposed, with multimedia content offering written, illustrated and oral expression simultaneously. By clicking on some of the background features, eight audio clips can be activated, containing the students’ voices. 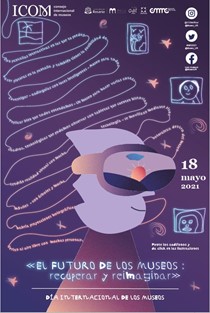 It became clear that the poster should be accompanied by a text that put the programme into context, explaining the specific activity carried out with the young people. This article was therefore written. Furthermore, the museum programme included a virtual session on 18 May, inviting the public to attend an educational activity led by the students, and which was published on the museum’s YouTube channel.

To get the full experience of the multimedia poster we recommend downloading the PDF file from the following link and opening it with Adobe Acrobat Reader: https://www.urosario.edu.co/PortalUrosario/media/URV3/Museo/img/IMD_2021_POSTER_F.pdf

Information about the Royal Botanical Expedition (in Spanish): https://www.banrepcultural.org/biblioteca-virtual/credencial-historia/numero-240/la-real-expedicion-botanica

Keep up with the Universidad del Rosario Museum’s activities on