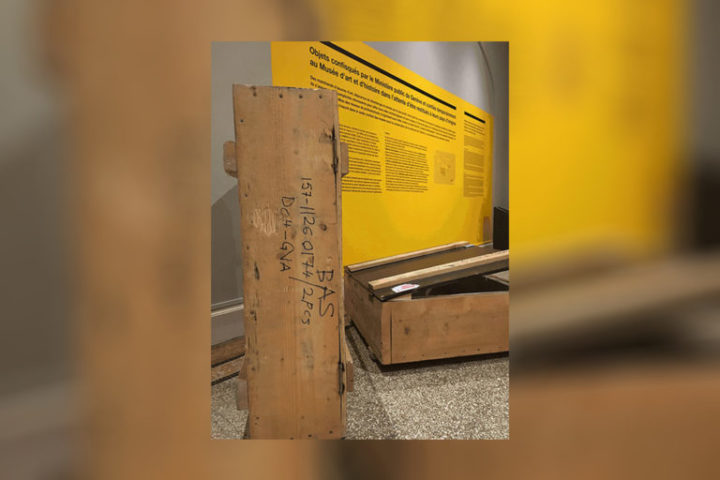 A success story in the fight against illicit traffic.

On 22 November 2016, the public prosecutor of Geneva confiscated nine archaeological works from Syria, Yemen and Libya that were stored in free ports from 2009 to 2010. The investigation began in April 2013, when the Federal Customs Administration conducted a routine inspection of free ports and found works it suspected were illegally obtained. In January 2015, an expert appointed by the Federal Office for Culture’s specialised unit on the international transfer of cultural property confirmed the authenticity and major cultural significance of the works. In February 2016, based on the Federal Office for Culture’s recommendation, the Customs Administration referred the case to the public prosecutor of Geneva, which opened criminal proceedings and confiscated the works. The evidence gathered during the investigation led the public prosecutor to conclude that the confiscated works had indeed been looted. Until they could be returned to their countries of origin, the public prosecutor of Geneva entrusted them to the scientific experts at the Musées d’art et d’histoire de la Ville de Genève for safekeeping and to make the public aware of this important seizure.

The Musées d’art et d’histoire responded, mobilising restorers to study and stabilize the works, which were then shown to the media and the public. From 14 March through late September 2017, the confiscated archaeological works will be shown for free to visitors to the Musée d’art et d’histoire for both educational and dissuasive purposes, to make society aware of the damage caused by the looting of cultural heritage. Some of the pieces are displayed alongside the crates in which they were illegally brought to Geneva after transiting through Doha. Though traffickers are very skilled at covering their tracks, this time they did not succeed. The fight against illicit traffic is being ramped up. Illegal networks are being dismantled little by little thanks to the extraordinary cooperation between professionals from the cultural sector, customs agencies, police, judiciary systems, INTERPOL and ICOM, under the auspices of UNESCO. The Geneva operation was a success as a result of the close coordination of all of these players.

The nine archeological works on display at the Musée d’art et d’histoire have incalculable historical and cultural value. However, they have been mutilated and deprived of their past, like any object ripped from its archaeological context. Illicit excavations are an attack on the human spirit of creativity and on the testimonies of history necessary for civilizations to move forward. As Jean-Yves Marin, director of the Musées d’art et d’histoire, says, “There are no people without a past. In every society, social cohesion is based on a common legacy. Heritage preservation must therefore be considered even during the offensive phase of a conflict, in order to prepare for the return of peace and reconciliation. No one can forget the striking images of the destruction of sites and museums in Yemen and Syria. Beyond the symbolic significance, it is a lucrative business fueling the European and North American markets.” This seizure came at an important time for Switzerland, which has developed a very restrictive legal framework. Acquisitions and transactions of cultural goods have been subject to specific rules since the Federal Act on the International Transfer of Cultural Property entered into force in 2005. The provisions of the 1970 UNESCO Convention have now been integrated into Swiss law. In 2016, 45 crates of works obtained from illicit excavations were returned to Italy after international criminal proceedings and mutual assistance led by the public prosecutor of Geneva. After seven years of trials, a Roman marble sarcophagus depicting the 12 Labors of Hercules, illegally excavated from the necropolis in Perga and then imported to Switzerland, will soon be returned to Turkey after being displayed in Geneva.

Professor Marc-André Renold, the UNESCO Chair in the International Law of the Protection of Cultural Heritage at the University of Geneva, says, “Switzerland, a major import and transit country, is an important player in the art market. Unfortunately, it is sometimes involved in civil and criminal seizures of cultural goods obtained through the looting of archaeological sites. I think the public has the right to be informed so they understand the damage caused by looting.”

Since the publishing of ICOM’s Red Lists, closer ties have been forged on the international diplomatic stage. On 3 December 2016, an international conference on “Safeguarding Endangered Cultural Heritage”, organised jointly by France and the United Arab Emirates, was held in Abu Dhabi with over 40 nations participating. The conference led to the creation of an international fund for the protection of cultural heritage at risk and the establishment of an international network of refuges to temporarily house cultural goods for safekeeping.

As part of these multilateral cooperation efforts, Geneva will become home to the headquarters of ALIPH, the International Alliance for the Protection of Cultural Heritage in Conflict Areas. The foundation works to mobilise resources to implement prevention and emergency protection programmes for cultural goods at risk and for their post-conflict rehabilitation. Seven donor nations and major philanthropists, including Jean Claude Gandur and Thomas Kaplan, have already pledged 77 million dollars. France, Switzerland and China have offered to serve as refuge countries, and one of the foundation’s first projects will be to assess the situation at cultural sites in Iraq. Stay tuned…