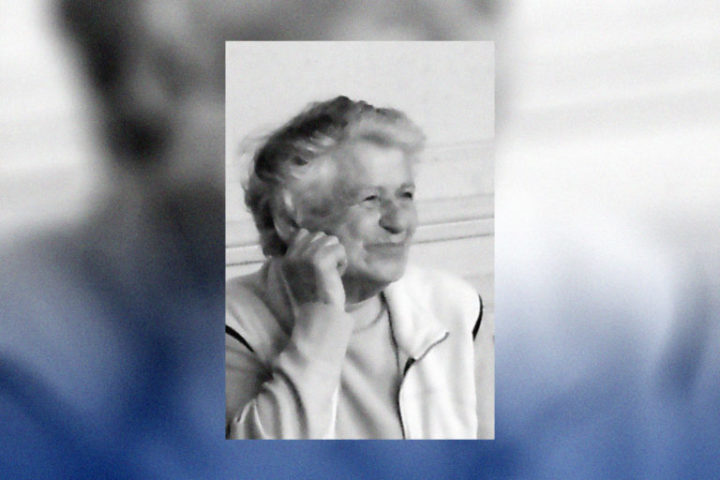 In the distant past, when the Unesco-Icom Museum Documentation Centre, without computers and the Internet, gathered and circulated information on all the museums in the world and their activities, ie around 1965, that is more than fifty years ago, the first generation of documentalists led by Yvonne Oddon was replaced by a new team under the direction of Paulette Olcina.

Paulette died on December 25, 2017 at the age of 93. She had directed the Centre for 20 years, from 1965 to 1985. She was originally neither a documentalist nor a museologist, but a translator. She learned this new job, took over from Yvonne Oddon and quickly became the international reference for museum documentation.

Witnessing the explosion in the number of museums and the rise of ICOM, especially in the so-called “Third World” then “developing” countries, she presided over the modernization of the technical means of the ICOM. Centre. She then had to adapt the Centre to the computer. The Centre’s team received very effective assistance from the Unesco Library and the Museum Review to develop key-word indexes and then a thesaurus adapted from the “artisanal” indexation by numerical indices. computerization and therefore the exchange of data between national and international databases being set up.

In parallel with the work of compiling national legislation for the protection of cultural property and combating illicit trafficking in such property, she introduced microfiche to process the documentation collected.  Continuing the work of Yvonne Oddon, creator of the International Committee for Documentation (CIDOC) in the early years of ICOM, she became Secretary of this committee, chaired by Geoffrey Lewis.

Among the publications of this committee, she was keen to continue the publication of the International Museological Bibliography, under the auspices of the Prague Museum of Museology, headed by Vaclav Pubal. Real international work, through the active participation of collaborators from Poland, USSR, German Democratic Republic, Yugoslavia, United Kingdom, etc.

The Centre, rich in the documentation received from ICOM members and its many users, contributed, through the reception of trainees, to the training of documentation students or young professionals already in post. They came from Canada, Catalonia, Mexico, several African countries …

In 1973, during the financial crisis that forced ICOM to drastically reduce its staff, Paulette agreed to assume the bulk of ICOM’s management duties in addition to her role as head of the documentation Centre.  She did all this with great discretion, but with energy and rigour, humour and a sense of collective work, both within her team and with the ICOM Secretariat.

Her former colleagues, who have become her friends over the years, want to say how much they owe her and mark the place she has held in the history of ICOM and the role she played in relationships and cooperation between museums around the world. The museum profession owes her a lot. Thank you Paulette.